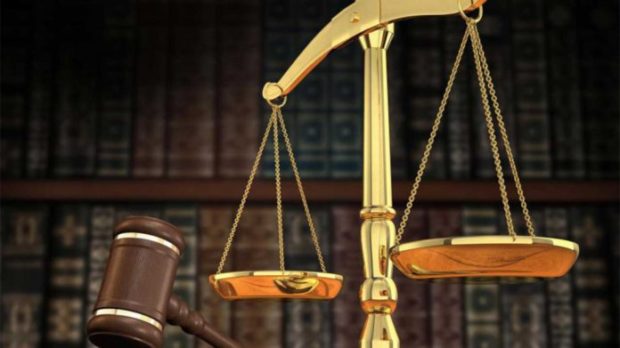 Detective Inspector Neil Corbel secretly filmed his victims at hotels and Airbnbs across the country after meeting them through online dating sites.

The 40-year-old used a variety of devices to spy on the women including a handheld camera, digital alarm clock, a phone, a watch, a set of headphones, phone charger and even a pair of glasses.

“He went to extraordinary lengths to hide the filming of the women,” a judge said.

Corbel, part of the team involved with the London Bridge terror attack in June 2017, was not on duty at the time and has been suspended from duty.

Police found a total of 51 recordings but 14 of these were deemed consensual or recorded outside the jurisdiction and six were never traced.

Thirty-one women were identified and 19 agreed to make statements.

Corbel recorded the women using multiple devices on at least 21 occasions and none of them consented to being recorded.

Westminster Magistrates’ Court heard 16 of the victims were models booked by Corbel for photoshoots and the other three were sex workers.

They consented to sexual activity but not to being recorded.

In a victim impact statement, one sex worker said: “I’ll never get those images out of my head. When you’re a sex worker, consent is vital.

“It has made me feel very powerless and fearful of the same thing happening again.”

She said it was a ‘huge deal’ that he was a police officer.

“Following the murder of Sarah Everard this feels like a very frightening time to be a woman,” she said.

“If we can’t turn to the police to protect us, what are we supposed to do?”

Fourteen of the victims agreed that Corbel could take nude photographs of them, but they did not agree to open leg shots or video footage.

Another victim said: “I’m not bothered with nudity per say but I need to trust the people I work with.

“I have walked away in the past but I didn’t have the choice to walk away. The choice was taken away from me.

“My attitude going into shoots has changed.”

He used at least nine different types of covert recording devices such as a phone charger, tissue boxes, digital clocks, air fresheners, headphones, keys and glasses. He also used a mobile phone, a DSLR camera and a laptop.

The longest single recording lasted five hours, 23 minutes and 23 seconds and it was of a glamour model who Corbel met up with twice, the second time in a hotel.

Corbel was a police officer while he committed the offence.

He contacted the women online using the name Harrison and claiming to be an airline pilot with an interest in photography.

Mr Alabi said: “On January 24 last year one of the victims met up with the defendant and the session proceeded.

“At some stage she noticed a digital clock and she was quite suspicious and made a note of the brand name, she went to the toilet to search it up on the internet, what came up was spy cameras.

“As soon as the session ended, she went to the police station.

“The defendant gave the name of Harrison, she thought he was a pilot, police officers were able to identify him and went to his address.

“He made admissions to using covert devices.

“He surrendered a hard drive and the officers had to go through the hard drive and all in all they saw images of 51 women and identified 19 who were willing to make statements.”

When he was interviewed under caution on February 21, 2020 he said he had an addiction to pornography and he had filmed many more models and sex workers.

One model was suspicious of Corbel because ‘his portfolio was of little artistic merit’, said Mr Alabi.

Another is a massage therapist who offers her services via a website which has her phone number on.

She gave the defendant a topless massage but noticed his glasses on a shelf, similar to a pair her friend owned which were a secret recording device.

She asked him if he was recording her, but he denied it. On closer inspection, she found a charging port on the glasses and offered him money at the end of the session in return or the glasses but he refused.

One victim, who read out her impact statement in court, said: “I feel that I’ve been betrayed by Harrison.

“I’m happy to have my picture taken but I feel he has taken my choice away.”

She said it is ‘upsetting’ knowing he is a high ranking police officer, and she felt ’embarrassed and humiliated’ by the ordeal.

Edward Henry, QC, for Corbel, urged senior district judge Paul Goldspring to pass sentence rather than send the case ‘upstairs’ to the Crown Court, where he could face a harsher penalty.

He conceded that the victims feel a “great sense of grief” and we cannot forget that “this is a time of profound concern over the police,” he said, in reference to the Sarah Everard case.

“But this case is lightyears away from that,” he added.

“Not a penny of police money was abused, it was never done on police time, never in a police paid hotel room.”

“Of course it violates everything he stood for,” Mr Henry said.

Corbel worked as a police officer for 13 years with no sick days in 13 years, the court heard.

He was lead investigator on a case which was “extremely lethal, which he thwarted, he foiled it, saving countless lives”.

He also worked on the police team in the London Bridge terrorist attack.

“These things leave a mark,” said Mr Henry, who is privately instructed by the officer.

He had a “traumatic beginning in life: and was “highly convinced he was worth nothing.”

His pornography obsession established before he hit puberty.

“For him is has been a real and shameful secret since he was eight years old,” said Mr Henry.

“As far as he’s concerned, he is pretty much dead and will accept whatever you give him.

Judge Goldspring decided to send case to a crown court for sentencing.

He said he agreed with Mr Henry, that ‘addiction is an illness’, and that ‘it is appropriate for court to take step back’ and consider the person being sentenced rather than their job.

“I can’t agree with him in the end that my powers are sufficient,” said the judge.

“He went to extraordinary lengths to hide the filming of the women, particularly of concern to be, at least suggestion that used knowledge of his former work [as a police officer] to use equipment of an undercover nature.

“He wasn’t doing this on police time or as police officer, but there was a breach of trust of the women.

“Whatever situation was there, was a breach of trust.

“I have decided I am committing your case to the Crown Court for sentence.”

Corbel, of White Post Field, Hertfordshire, earlier admitted 19 offences of voyeurism, between 2017 and 2020.

He now faces sentence at a crown court, expected to be Isleworth, on a date to be confirmed. He is on unconditional bail until then.

Speaking after the officer pleaded guilty in September, Detective Chief Superintendent Marcus Barnett, who leads the Central East Command Unit, said: “These are grave and troubling offences. The investigation has been complex and I know that the team who have investigated this have worked incredibly hard.

Previous Kintampo, 3 others to get Zipline drone centers
Next Father accidentally superglues his nine-year-old son’s eye after mistaking tube for eye drops