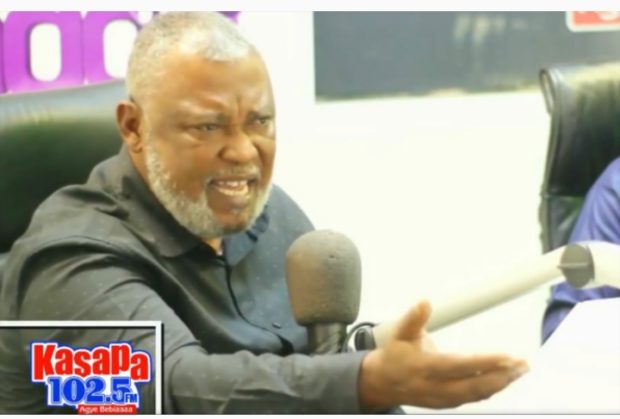 Speaking on Kasapa 102.5 Fm, the former NDC MP for Mfantseman said he was alarmed when the 9-year-old daughter questioned him about the widespread perception of the dark future of Ghanaian children as a result of the bad decisions taken by leaders of the country.

“Look last week my daughter who is 9-years said something very disturbing in a conversation with her when I was driving her to school. She was sharing her concerns with the fact that the government has borrowed in excess to the extent that the children have a duty to pay for those debts in future, ” Aquinas Tawiah Quansah told host Bonohene Baffuor Awuah on Ghana Kasa on Kasapa 102.5 Fm.

“I tried to assuage her fears, but I cried on my way back home” he said, warning that the outlook is troubling if the pace continues unchecked in relation to the “mountain of debt we’re faced with”.

He added: “Even in this first quarter we’ve increased our debt by 3 billion again. What are we doing with the money?”

This was contained in the latest Summary of Economic and Financial Data by the Bank of Ghana.

The new figure is equivalent to 76.4% of Gross Domestic Product. However, the rate of increase has slowed down, compared to the ¢27.8 billion fresh funds added in April and May 2021.

The government had indicated in the Issuance Calendar in July 2021 that its borrowing will slow down in the third quarter of this year [July 2021 to September 2021] as it’s expected to borrow less than a billion cedi for the entire three months.

But it remains to be seen if the government’s assurances will reflect in the August and September 2021 figures when released later on.

Related Topics:DdaughterFormer minister
Up Next

REVEALED! EC attempted creating an additional constituency prior to 2020 elections