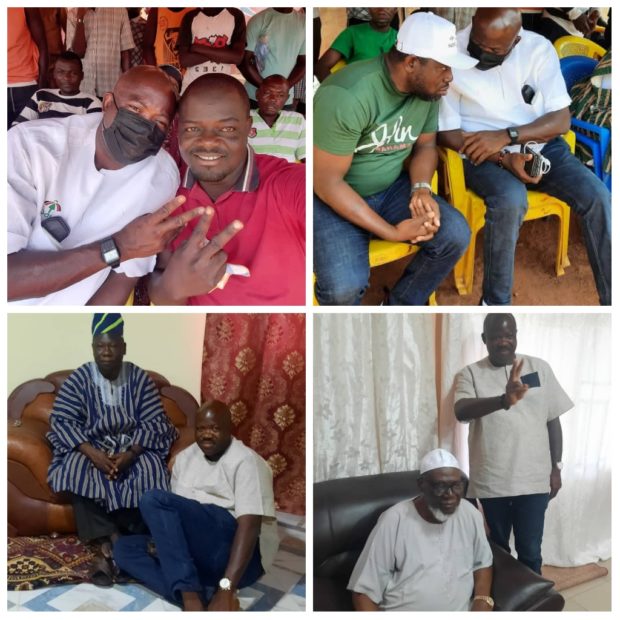 The National Organiser of the opposition National Democratic Congress (NDC), Joshua Hamidu Akamba has taken his Campaign for the second coming of Former President, John Dramani Mahama to the Northern part of the country.

The team, headed by the grassroot Organizer of the NDC, Joshua Akamba yesterday met Tamale “Yellow-Yellow” and Okada Riders, where he seized the opportunity to explain the details of the NDC’s People’s Manifesto to the thousands of people present.

The team is again expected to visit all the Constituencies in the Region to mobilise party supporters and also court more people to increase the party’s votes in the December polls.

Comrade Akamba also hinted that, the campaign team will meet with the religious leaders and party founders, as well as the various teams in the Region.

As part of the visits, Comrade Joshua Hamidu Akamba with the entourage paid a Visit to Sheikh Said Abubakar Leader of the Ambariyya Sunni Muslem Community who had returned from a journey to Canada for treatment.

He said the target is to increase the votes of the NDC in order to retire the NPP’s presidential candidate Nana Addo Danqua Akuffo Addo from active politics and to rescue this country from the hands of wicked leaders and Poor Governance as witnessed under the Nana Addo led NPP.

The NDC’S National Organizer, Joshua Hamidu  Akamba reiterated that the track records of the opposition NDC is speaking for the party everywhere he goes and charges Ghanaians to Vote against Nepotistic and Corrupt Akuffo Addo in the December, 7th polls.