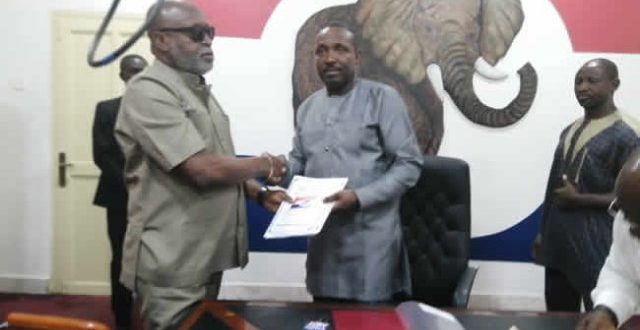 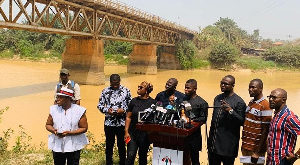 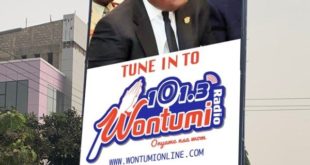 The President is the first to pick presidential nomination forms since the party opened nominations on January 20.

President Akufo-Addo was unable to pick the forms on his own because he is in the Ashanti Region to mourn with the Asantehene, Otumfuo Osei Tutu II, who has lost one of his chiefs, the NPP’s General Secretary, John Boady, who received Mr Newman explained.

John Boadu said it was important for the President to send one of his officials as aspirants had limited time to meet the necessary requirements.

“We have just 30 days to finish the process and there is the need for him to get signatures from all the regions…and as a true party person, he deemed it fit to quickly get it done that is why he has nominated one of his officials to pick the forms on his behalf

“He has satisfied the first rule to paying the ¢20,000 in the party’s name and we expect that before February 20, he will be able to finish filling the forms and present it with the ¢200,000 filing fees,” he added.

He also confirmed that the President has paid the non-refundable nomination fee of ¢20,000.

NPP ready to support anyone who wants to challenge Akufo-Addo

Mr Boadu said the party will not prevent anyone from challenging the president, Nana Addo Dankwa Akufo-Addo in upcoming presidential primaries.

For him, once the nominations are open, any member of the party who can satisfy the requirements laid out can pick nomination forms without being hindered.

“We have opened nominations and we have indicated the requirement for anyone who deems it fit and we are waiting…if anybody indicates to me that they want to be on our ticket, at the point of picking forms, I don’t think there will be any problems at all,” he told Joy News’ Kwesi Parker Wilson.

The General Secretary also debunked claims that the party’s open support for Akufo-Addo’s ‘4 More to do More’ slogan is to ward off any party members who wish to challenge him.

“Party members are saying four more for Nana, not the party. It is not the party and we are clear about it so no one can talk about an uneven playing field

“If it turns out that by close of nominations only one person who picks the form, a national congress will be organised for that one person to be acclaimed,” he explained. 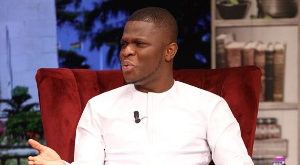