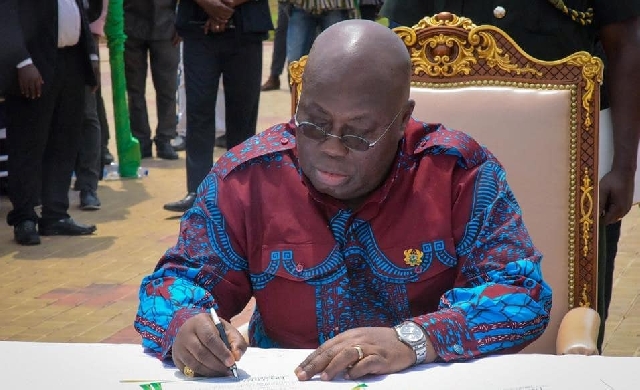 President Nana Addo Dankwa Akufo-Addo has reassigned two ministers according to a statement from the Office of the Presidency signed by Eugene Arhin, Director of Comunications at the presidency.

The first is Bryan Acheampong, Minister of State at the Ministry of National Security.

He has been reassigned and is now the Minister of State at the Ministry of Interior.

Reasons for their reassignment were not provided.

Below is the full statement from the Presidency

Got a news item to share with us or an enquiry /complaint to make? Send an email to [email protected]