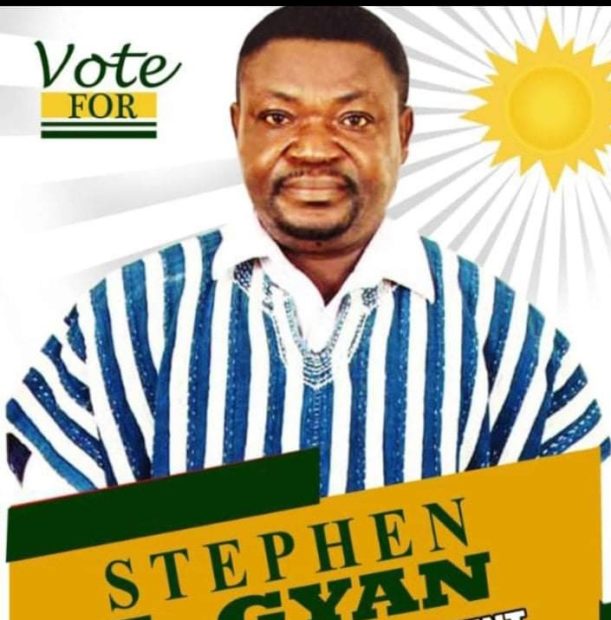 The Aspiring Independent candidate for Fanteakwa south constituency Dr. Stephen Ayisi Gyan  plead with  people of Fanteakwa south to  first consider their lives on the  7th  of the December which is the election day.

He added that they have voted for Hon. Kofi Okyere Agyekum popularly known as ARAFAT for 8 years but there’s nothing to boast about it in the constituency.

However, he reiterated that,  on the election day, when you are about to cast your vote,  just look at the condition your wards, family and community members are going through before you vote.

Look at the unemployed people in your  home, area and surroundings before you decided the one you will be voting for.

Our lives will be in danger if we vote for ARAFAT again because he has no better plans for Fanteakwa south.

Vote me on the election day for a better tomorrow.

I am contesting this year election because I wanna change the Livelihoods of the people of Fanteakwa south because they  have been taken for granted for too long.

Dr Stephen Gyan this at bosuso as he holds health walk

Morever, A dimissed NPP member in Akyem Nsutem known as Obenewaa  said they wont allow ARAFAT to cheat them again.

She said Kofi Okyere Agyekum knows she is a full member of the NPP Party but due to her support for Dr. Stephen Ayisi Gyan,  she was sacked by the MP from the Party.

She urged everyone to try Dr. Stephen gyan for just four years and if things doesn’t work out, they will take him out

She revealed that ARAFAT is not the one who constructed Nsutem roads but her Uncle , Nana Akomea of the NPP is the reason behind the nustem inner roads.

She said if he ARAFAT comes around spewing lies to you that he constructed the roads, just look at the road he plys to his house and you will know the kind of person you’re dealing with.

If he is not able to fixed the road to house, then this shows that he is a liar.

She urged everyone to Vote for  Dr. Stephen Gyan on December 7th if they  want  their  lives to be better.