Home / POLITICS / Aspirants promising heaven on earth is “easiest”; “let’s be guided by our past and appreciate our hopeful present”- Pastor cautions Ejisu; commends Owusu Aduomi 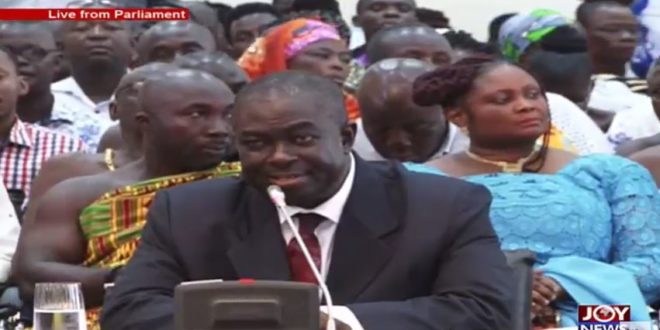 Aspirants promising heaven on earth is “easiest”; “let’s be guided by our past and appreciate our hopeful present”- Pastor cautions Ejisu; commends Owusu Aduomi 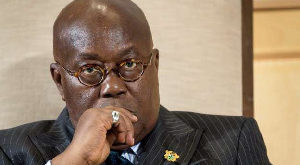 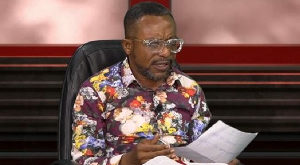 Residents of Ejisu Constituency having expressed their utmost impatience to retain their industrious, humble and kind hearted member of Parliament, Honorable Kwabena Owusu Aduomi as the parliamentary candidate for the governing New Patriotic Party in the 2020 elections and also as its member of Parliament for the next parliament; a renowned spiritual leader has sounded a note of caution to delegates in NPP to be appreciative of their “past and hopeful present”, according to reports from our Ashanti regional correspondent.

The accomplished Engineer and deputy Minister for Roads and Highways is widely noted by residents as a “blessing” to the Ejisu constituency owing to his optimism which drives his passion and commitment to the development of human and infrastructures in the constituency. Mention can be made of his selfless sacrifices to the constituency in major infrastructural developments such as roads, the revamping and retooling of Ejisu Hospital.

Teachers Bungalows which is near completion under the auspices of the able Member of Parliament Honorable Owusu Aduomi is expected to bring ‘great relief’ to teachers and to maximize their output levels. Various mechanized boreholes have been built to make good drinking water portable and accessible to all in the constituency. Honorable Owusu Aduomi, committed to bringing ‘people centered solutions’ to ‘meet’ the physiological needs of his constituents, is seeing to the building of toilet facilities which is at various levels of completion at several places in the Ejisu constituency.

It is said that, society develops on leadership which invest in its people. The immediate past chairman for parliamentary committee on Roads and Transport, Honorable Owusu Aduomi’s benevolence, kindness and his unwavering support to the developments of individuals in formal and informal education is worth mentioning. Aside his detailed work schedules as deputy Minister for Roads and Highways, Honorable Aduomi makes time to visit and makes his presence felt in the constituency every week.

A spiritual leader of a Christian faith in the constituench who apart from seeing Mr Aduomi as Receptive, affable and selfless, she described Honorable Aduomi as a ‘graceful gentleman’ with unflinching support to human development. According to the spiritual leader who pleaded anonymity, he had first- hand knowledge of ‘professionals’ in the constituency who nearly lost hope in education due to financial constraints but were given the ‘ll the needed support’ to complete their educations gracefully.

Further to that, the spiritual leader expressed in plain words, the manner at which Honorable Aduomi is ‘impacting positively’ with his ‘kind-heart’ the lives of old, weak and vulnerable in the Ejisu constituency. He says, “I am hearing of a certain young man who lives far away in Kasoa, central region throwing his weight about by promising to build castles in the air and has hired others to malign and insult our affable member of parliament Honorable Owusu Aduomi ” but to him, anybody can pick forms to conjure up all the “lies and promise heaven on earth as an aspirant.”

A top founding member of the NPP expressed that, upon the coming of Mr Aduomi as the parliamentary candidate for Ejisu constituency, there have been consistently “significant growth” in the votes of then NPP flagbearer Akufo-Addo and related this achievement to “sacrifice and efforts” put in place by Mr Aduomi adding that, it is the constituency which will suffer in the ‘unlikely event’ of the absence of Mr Aduomi.