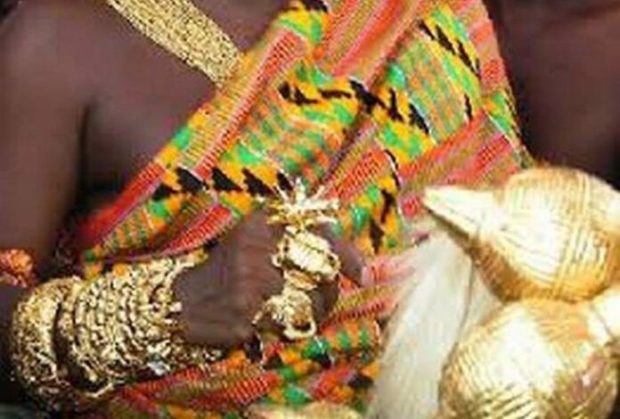 Tension is rising in the Atebubu Amantin constituency in the Bono East Region over an alleged decision by the Traditional Council to seize farmlands belonging to supporters of the opposition National Democratic Congress (NDC).

Reports say the Council’s action is in reaction to comments made by the General Secretary of the NDC, Johnson Asiedu Nketia which they claim is disrespectful.

Asiedu Nketia while on a campaign tour in the area on Saturday, 31st October 2020 reportedly called on the residents of Atebubu to vote for the NDC in the upcoming elections, despite the threats of victimization from the traditional leaders to seize their farmlands should they vote for the NDC parliamentary candidate, Sanja Nanja.

The NDC scribe said this at a rally in Kokrompe, a suburb of Atebubu.

Mr. Asiedu Nketia also assured the party supporters that the NDC will legally support anyone whose land is taken from them by the traditional council.

“On behalf of the former presidents Jerry Rawlings and John Mahama, I urge you all to go out and vote in your numbers in the upcoming elections. There is no law in Ghana that allows any political or traditional leader to victimize you based on your political affiliations.”

“Their threats to victimize and take away your farmlands should you vote for the NDC are empty. If they try this on any of you, inform us, and we will get lawyers to take them on legally. They can’t do anything to you,” he said.

According to the Spokesperson of the Atebubu Traditional Council, Nana Boakye Yiadom, Asiedu Nketia’s comments did not show respect to them and has infuriated the Council.

“Asiedu Nketia should have spoken in a manner that wouldn’t trigger and provoke Atebubu,” he said.

He confirmed that the Council was indeed seizing lands belonging to NDC supporters, citing himself as one of those who have seized land from an NDC member.

“It is true, and I am a typical example. I am a chief and I will not lie. I can even mention the one I took my land from.  He is an NDC communicator. I did this because he does not respect our customs. The Atebubu Traditional Council said we don’t want anyone to support Sanja Nanja,” he said.

“We don’t want Sanja and nothing can convince Atebubu to vote for him. We strongly cherish and respect our Queen Mother, so we won’t allow anybody to insult her and later be hailed.”

The NDC regional office refused to comment on the matter.

They, however, stated that they are carefully monitoring the development.

The woes of Sanja Nanja, a former MP for Atebubu Amantin begun when he reportedly hurled insults on the queen mother of the area on public radio after a disagreement prior to the 2016 election.

He was subsequently banned from entering the chief’s Palace and also banned from organizing any programme in the constituency.

Though Nanja later apologized for his actions his apology could not save him.

He subsequently lost the seat to the NPP candidate in 2016.

This advice was ignored as delegates of the NDC elected Mr. Nanja to represent the party as its parliamentary candidate for the area for 2020 polls.