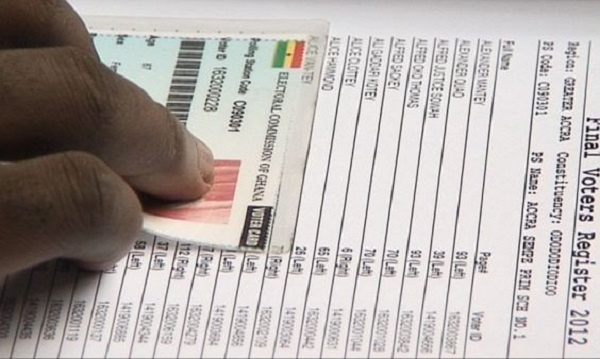 Some violent men in NPP branded Pick UPs in Atiwa East Constituency of the Eastern Region have attacked two Officials of Electoral Commission.

The men attacked the EC officials – Okyere Prince and Saviour Ametefe – took away their registration materials from them and absconded.

Okyere Prince was severely injured and rushed to Engresi Hospital where he has been treated and discharged.

“The incident happened Thursday at Presby JHS Ayigbe town at Anyinam in Atiwa East. A girl came to register and suspected to be not up to 18 years so an NDC Party agent challenged the registration so she was passed through the process so the ID card was not issued to her.

“So we kept the material to be forwarded to our office. Then around 6:00pm when we closed we were packing our things to move to the district office, when a group of People in NPP branded Pick UP with the MP’s picture and that of the President on it. It is a party pick up crossed us, beat us there took hold of our registration materials” one of the victims told Starr News.

Atiwa East Constituency is one of the areas that have recorded high incidents of violence during this registration exercise.

Same men in NPP branded Pick Up marauding in the area were recently accused of allegedly invading homes of duly registered applicants they claim to be aliens to seize the Voters ID cards.

NDC has disbanded all its vigilante groups – Alex Segbefia claims