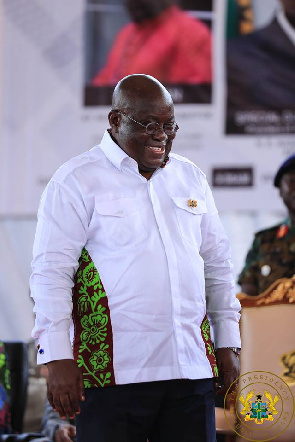 The Minority in Parliament has urged President Nana Akufo-Addo to stop misleading cocoa farmers and tell them the true state of cocoa production he inherited from the erstwhile John Mahama administration.

“We believe it is about time they stopped peddling falsehood and tell cocoa farmers the true wealth they inherited from the erstwhile Mahama administration,” the Minority said.

According to the Minority, the contribution and legacies of the Mahama administration in cocoa production in Ghana is far better and cannot be compared to what the Akufo-Addo- led government is doing.

The Minority’s comments follow a challenge by President Nana Addo Dankwa Akufo-Addo to former President John Dramani Mahama to name a policy his administration introduced to boost the production of cocoa in the country.

Addressing a press conference in Accra on Thursday, Minority Spokesperson for Agriculture, Hon Eric Opoku indicated that cocoa production under Mahama experienced a significant boost than what is happening now.

“New Patriotic Party (NPP) has never missed an opportunity to lament about the debt inherited from the National Democratic Congress for every sector of the economy including their poor performance in boosting cocoa production.

“We gave free fertilisers which was beneficial to farmers but now, the free fertilisers are being sold at GH¢80.00 under Akufo-Addo. We committed many resources to improve cocoa production and cocoa roads but the NPP has made no provision,” he added.