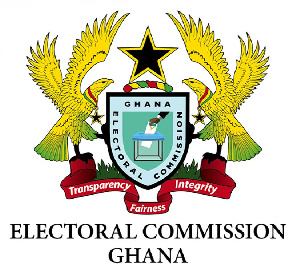 A claim by the opposition National Democratic Congress (NDC) that it intercepted one million extra ballots in the Ashanti Region in the heat of the 2020 presidential and parliamentary elections has been rubbished by the Electoral Commission (EC), describing it as ‘pure lies.’

The NDC’s Director of Elections, Elvis Afriyie Ankrah, claimed on state-owned GTV Breakfast Show on Tuesday that the party was vigilant in thwarting the so-called plans of the EC, thereby creating the impression that the commission had something sinister under its sleeves against the NDC in the Ashanti stronghold of its NPP opponent.

Afriyie Ankrah spoke about how the party allegedly “intercepted” and “caused” the destruction of over a million extra ballot papers that were heading to the region.

“One of the printing houses where Ashanti Region ballots were printed, when the printing is done they are now packaged and recorded and we all sign for it, then it is sent to the region,” he claimed.

“When it is sent to the region, they will also check and confirm that they have received ‘x’ amount of ballot papers for this region, for this constituency etc. When that is done, then the remaining ballot papers are burnt and thrashed,” he said and continued that “then they give you a certificate of disposal signed by all the political parties that we have finished printing and these are the ballots that have been disposed of.”

According to him, the team had to return from Kumasi to Accra after a mistake was discovered with the PNC candidate’s photo.

Mr. Ankrah said they needed to return purposefully to reprint papers for the affected constituency alone.

“We came back to the printing house and our guys saw a pack of ballot papers covered and bound in brown envelopes. We checked and there were over one million extra ballots for Ashanti Region alone.

“We asked and the woman got confused and said they were for runoff. So we said how can you have a runoff for all the 12 candidates? So we called the Electoral Commission and eventually, we had to insist and we burned them, and I have evidence of that,” he claimed.

The NDC’s fresh claim, according to the EC source, is a “repackaged agenda,” indicating that a similar claim was made in November 2020 ahead of the December 7, 2020 process and was debunked.

The source wondered why the opposition party had rekindled an issue that was never true.

The top official of the EC denied the Afriyie Ankrah theory, describing it as a “palpable lie.”

“It would be recalled that Mohammed Mubarak Muntaka, an NDC MP, flaunted ballot papers as being some of the so-called ballot papers which turned out to be bereft of the EC security features,” the official said.

Continuing, the official said using fake ballot papers to make a case does not make sense and should be disregarded.

The NDC, as part of its effort to push for reforms, has been all over the place trying to get its proposal through.

Curiously, the party has refused to cooperate with the Electoral Commission and has decided to boycott the Inter-Party Advisory Committee (IPAC) where such decisions are mostly taken.

The NDC’s beef is that the EC rigged the 2020 general election in favour of the NPP, a claim which was dismissed by the Supreme Court when its flagbearer John Dramani Mahama went there to challenge the results declared.

Initially, ex-President Mahama claimed he won the election but was denied victory after he and his party had amassed their supporters to hit the streets to cause mayhem around Christmas last year.

However, by the time the case was being heard, the NDC’s stance that Mr. Mahama was denied victory had shifted to the argument that none of the 12 candidates that participated in the 2020 Presidential Election got the constitutionally mandatory 50 per cent plus one of the total valid votes.

The NDC also pushed that the Supreme Court should determine whether the Electoral Commission (EC) had to organise a run-off election between Mr. Mahama as petitioner and President Akufo-Addo who was declared winner by the EC on December 9, 2020 after the crucial December 7, 2020 general election.

He was subsequently bounced unanimously by the seven-member panel for failing to adduce evidence to back his claims that no candidate crossed the 50 per cent plus 1 vote needed for the EC to declare a winner.

The NDC has put forward some proposals which the party says will bring reforms to the electoral system.

Among the proposals is a demand for the prior-approval of Parliament the appointment of EC members.

They want a repeal of the requirement for the consent of the Attorney General to be given before the prosecution of electoral offences as well as specially-designated courts for electoral disputes and offences before, during and after registration of voters and elections.

The NDC also wants the EC to be allowed by law to apply to the courts to remove names of deceased and other unqualified persons from the provisional register when informed by the relevant authorities.

In a strange move, the NDC wants GBC to comply with the Supreme Court decision for it to provide equal access to all political parties after it flouted the court’s decision when the party was in power.

It also wants IPAC to be backed by legislation through an amendment to the Electoral Commission Act, 1993, Act 451 as well as spelling out by law the security responsibilities of the EC (if any), the police and the military during registration of voters, and during and after voting.

The NDC is demanding a legislation to bind the Chairperson of the EC, as the Returning Officer of the Presidential Election, to afford the agents of the participating political parties and candidates full participation in the collation of the presidential election results at the EC’s National Collation Centre.

The NDC is also calling for a split of the EC into two separate bodies namely an Office for the Regulation of Political Parties (ORPP) and an Electoral Commission (EC) by amending the Political Parties Act, 2000, Act 574.

They also want the mandatory requirement for the publication of applicants for recruitment as temporary EC staff for registration of voters and for elections and for allowing the public to object to applicants who have questionable backgrounds or have overt partisan biases must be strictly complied with and the requirement for the list to be posted at the District EC offices.

The NDC wants the EC to comply with the requirement for each political party participating in an election to be provided with a copy of the final voters’ register and for the EC to make sure that recruitment for the various categories of election officials is made as non-partisan as possible.

They want the list of all polling stations to be used for an election with their names, code numbers and locations to be published in the Gazette and as supplements in the state newspapers not later than 30 days to the election, saying “this will require an amendment to the Public Elections Regulations, 2020, C.I. 127.”

They also want the BVD printouts for each polling centre to be given to each political party agent or candidate’s agent and should be posted at the polling station as well as the abolishing of the Regional Collation Centre.

WATCH: Akufo-Addo reveals why appointment of MMDCEs has delayed