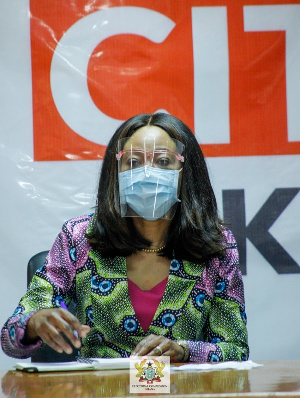 The Electoral Commission of Ghana(EC) has released a list of Printing firms contracted to Print Ballot papers for the December 7 elections.

This action by the EC comes after the opposition National Democratic Congress (NDC) raised concerns about the printing of the ballot papers.

The NDC said that the commission has contracted the Assembly Press, headed by a known member of the New Patriotic Party(NPP), to be part of firms printing the ballots.

The NDC also said the Commission has failed to provide ballot statistics since it started printing the ballot papers, further accusing the elections-management body of printing in excess of 150,000 against the norm.

In a statement issued by the EC however, the claims are false. The EC urged the general public to disregard the false assertions on rigging the election.

“The Electoral Commission finds it difficult to understand why the NDC would seek to cause fear and apprehension around a transparent and open process such as the printing of ballots,” the Commission said.

“This will not happen. Our processes are open, transparent and robust and will remain so.”

The EC then provided the list of firms tasked to print the ballot papers being:

In the special case of Assembly Press, the Commission said it is a “state institution which at any point in time is headed by Appointees of an incumbent Government”.

“In spite of who heads the Assembly Press, the effective monitoring and participation by the Political Parties and Security Agencies in the Commission’s printing processes make it impossible for any Printing House be it State-owned or Private to manipulate and compromise the printing process.”

It urged the public to disregard NDC’s “attempt” to cause “fear and panic and heighten tension in the lead-up to the December 2020 Elections”.