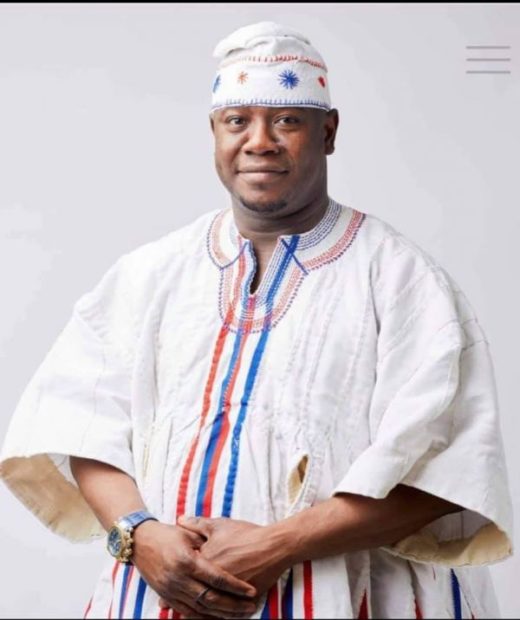 I was happy he asked because for the first time I had the opportunity to preach the many good works of an honorable man to someone I believed would change his vote comes December 7th 2020. I told him we the people of Yendi chose FAM because he chose us over and above everything.

We use to judge our MPs by what they are able to lobby for or do with their MPs common fund, but that is not the case with this young man who is yet to go to parliament by Allah’s will.

The farmers of Yendi use to queue for coupons to retrieve the government subsidy on fertilizer which mostly wasn’t enough to cushion most of peasant farmers of a deprived place like Yendi. A son of the land came to our aid in the form of FAM. first brought over 3000 bags of organic fertilizer and various farm inputs and tools for the people of Yendi all for free. He nodded in agreement.

I further asked him if he was aware of the perennial worsening water problem in Adibo and Nakpachei. He said, ‘Yes, but that problem has since vanished when the son of a lion ALHAJI FAROUK ALIU MAHAMA pledged and alleviated their plight. Through his own NGO Partnership For Poverty Reduction, he was able to construct a new mechanized borehole for Adibo and refurbished the already existing one in Nakpachei to provide portable water for this communities. The people of Meindogu were not left out of this magnanimous gesture as FAM extended his benevolent arm of blessing to them with a newly constructed mechanised borehole.

Over 100 women were trained in soap making and entrepreneurship through partnership with FAM’S NGO the PPR. This has not only kept food on their tables, but also created jobs for the very people whom this trainees would engage in their businesses. My friend was silent and attentive as I wowed him with the good works of FAM.

Everyone in politics would like a lobbyist leading him to acquire anything from a bureaucratic front; and for this I asked my friend if there is any better lobbyist than an accomplished Procurement Officer of a distinguished organization as COCOBOD.

This man by his own volition has gotten appointment for over 20 youths in Yendi to work at COCOBOD, Over 100 people in Youth in afforestation, over 20 people in the various security agencies and an undisclosed number of people in NABCO. If you don’t want this what else would you accept as an alternative?

Over $68,000.00 (i.e. about Ghs 400,000.00) was spent to procure fridges and refurbish a dilapidated and outmoded mortuary in the Yendi Hospital solely by Jikan MAHAMA. ‘Talk And Do’, the only parliamentary candidate who walks his talks. This mortuary was later commissioned to give our lost love ones a befitting last hours of their stay on earth. May Allah never stop blessing you, FAM!

These and many other things I told him, completely changed his mind as he promised to vote for ALHAJI FAROUK ALIU JIKAN MAHAMA, a.k.a. TALK AND DO, comes December 7, 2020. We have seen your gesture to our sons and daughters who are currently writing their BECE exams, his massive donation of sports kits and materials to sports associations and clubs in Yendi, and the many hours of sleep you lost just for us to achieve the New Yendi City project. The sacrifice of greater wealth and resources to establish the youth of Yendi will not go unnoticed. These and many other things are the reasons why we will campaign and vote massively for you comes December 7, 2020 to achieve the agenda 45,000+ votes in Yendi constituency. May Allah bless NPP and Bless FAROUK ALIU MAHAMA! Aameen!!!

Your wasted votes will make me president – Hassan Ayariga to electorates