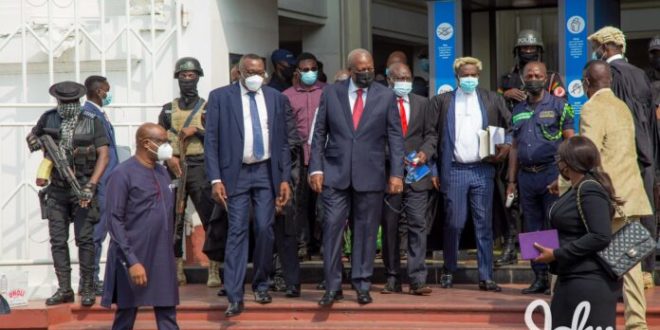 Counsel for the Petitioner, Tsatsu Tsikata has filed two applications before the Supreme Court following the apex’s court dismissal of the application to re-open the Petitioner’s case to subpoena the Electoral Commissioner.

The applications are a review of the ruling by the court on February 11, dismissing the application to compel the EC Chair to be in the witness box for cross-examination. The second is an application for a stay of proceedings pending the hearing of the review application.

According to Lawyer Tsatsu Tsikata, the applications were being filed while the Chief Justice read out a ruling on the Petitioner’s application to re-open his case.

Chief Justice Kwasi Anin-Yeboah in his submission said the Petitioner; John Dramani Mahama, has not satisfied the court with enough evidence.

He explained that the Counsel for the Petitioner has not given an incline of evidence and how the evidence will affect the proceedings.

Meanwhile, the court stated that it will move the motions for the two applications filed by the Petitioners after a date has been given by the registrar.