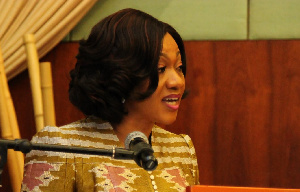 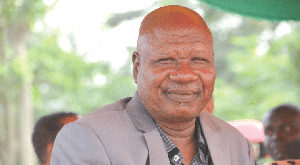 Following the Supreme Court pronouncement asking the Electoral Commission (EC) to go ahead to compile a new voters register, the Commission is entreating all stakeholders to embrace themselves for the exercise which is scheduled for next week.

The EC in a statement signed by Sylvia Annoh, Acting Director of Public Affairs reiterated that the Commission would begin the registration exercise on June 30, 2020, as earlier scheduled.

The statement followed the decision of the Supreme Court which gave the EC the green light to compile a new voters register in accordance with CI 126 as amended.

The Supreme Court in a unanimous decision earlier today held that the EC in “exercising their discretion in the discharge of their constitutional mandate in cleaning the voters register should be deemed as authorized to be acting within the law and regulations therein, and cannot be faulted even if it is considered that there is a more efficient mode or method available.”

The court reiterated its decision in Abu Ramadan (No.2) in which it held that the Electoral Commission “in performing their mandate under Article 45 of the Constitution 1992 cannot be compelled to act in a particular manner unless there is clear evidence that they acted unconstitutionally.”

In view of the court’s judgement, the EC is calling on stakeholders to “hold themselves in readiness for the voters registration exercise.

The EC’s statement reiterated that it will enforce strict protocols at its registration centres across the country so as to protect applicants from the COVID-19 pandemic.

The NDC in late March this year, sued the AG and attached the EC over the commission’s decision to compile a new voters register for the 2020 Presidential and Parliamentary Elections.

The party wanted the Supreme Court to declare that the EC, per the 1992 Constitution, can only compile a voters register once and subsequently review it over time and not compile a new one instead.

The NDC was also challenging the decision of the EC to exclude the existing voter ID cards as document for verification of citizenship.

The party later abandon its first relief that the EC cannot compile a voters register on multiple occasion and was rather punching for the inclusion of the current voters ID cards as basis for proof of citizenship.

A private citizen, Mark Takyi-Banson also filed similar suit, except that he wanted birth certificates to be used as document for proof of nationality.

The Attorney General which is a respondent in the case opposed the suit by the NDC through the Deputy AG, Godfred Yeboah Dame, stating that the NDC’s position is “patently absurd, far-fetched, outrageous and grossly erroneous.”

The EC in its opposition filed by its counsel, Justin Amenuvor also contended that the NDC interpreted the Constitutional article to suit its parochial interest.

It was the case of the EC that the current register of voters was over-bloated and a new credible one was needed for the future.

The Supreme court, however, gave the EC the go-ahead to exclude the old voters ID cards as well as birth certificates and rather compile the register pursuant to CI 126.

C.I 126 make provision for the use of passport and the Ghana Card as basis for eligibility and in the absence of any of this two cards, a person who has already registered as a voter can guarantee for up to ten applicants.