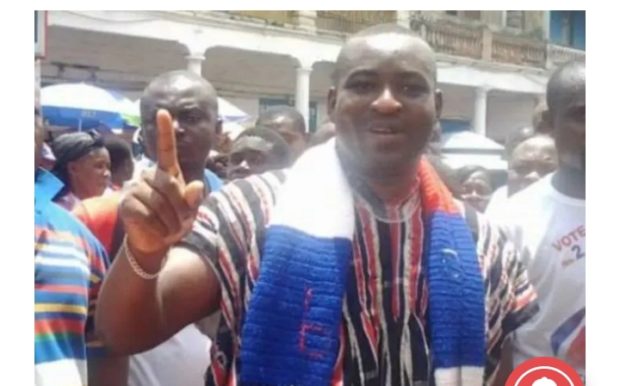 He is of the view the 2024 elections will be a done deal for NPP if former president Mahamaleads the National Democratic Congress (NDC) because “Mr Mahama is the weakest link in the NDC party and right now his political career is on life support”.

“So, for me Mahama’s appearance on the 2024 ballot paper will make NPP’s win easy.”

The leader of NPP in theeir stronghold while speaking on Akoma FM‘s current affairs and political morning show GhanAkoma Monday, September 13 noted that “even if I’m left with just one Cedi in my purse, I will use it to sponsor John Mahama to ensure he wins the NDC congress to lead the party and lose for the second time in 2024”.

Chairman Wontumi was speaking on the back of former president Mahama’s ‘Thank You Tour’ in the Ashanti Region.

Ashanti Region Chairman for NDC Augustus Nana Akwasi, who also joined the conversation via phone, outlined the itinerary of the former president and urged party faithfuls to rally behind Mr Mahama as a show of love and loyalty.

Meanwhile, the NPP regional chairman described Mr Mahama’s tour in the region as ‘a disgrace tour’ because after he lost the election, he’s yet to come to terms with reality hence his tour is much ado about nothing.

He later maintained that “Mr Mahama’s tour is nothing but a way to ensure the NDC present him as flagbearer in 2024 but for me it will be good for the NPP because Mr Mahama is tried and tested and we know he’s a failure so I will use my personal money to sponsor Mahama to win the flagbearership race so he can lead NDC into another landmark failure come 2024”.

At the climax of the discussion on the morning show was a rare spectacle on a live radio show when both regional chairpersons for NDC and NPP traded ideas and policies in a heated argument as each wanted to outwit his opponent in terms of advancement of physical infrastructure and good policies.