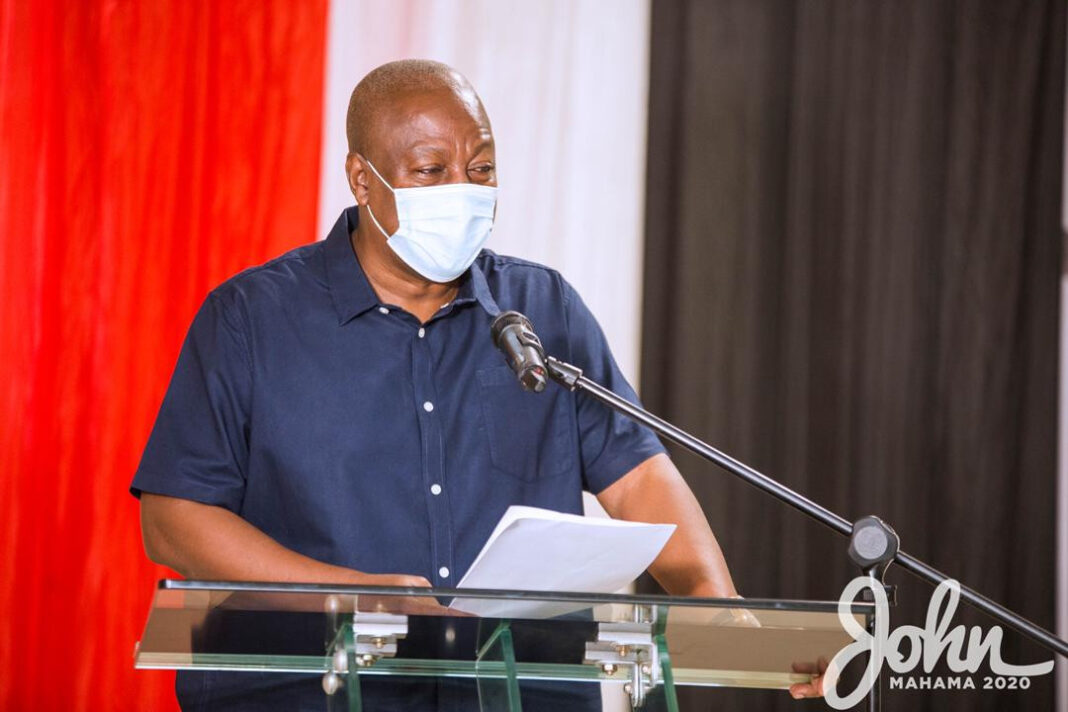 Former President and flagbearer of the National Democratic Congress (NDC), John Dramani Mahama has called on the international community to as a matter of urgency intervene in the electoral processes in Ghana.

He says they must take a keen interest in current happenings which he described as chaotic.

It follows allegations of electoral irregularities recorded in the ongoing voters’ exhibition exercise amidst reports of missing names of voters from the register.

John Mahama and his running mate, Professor Jane Naana Opoku-Agyemang have both cut off their regional campaigns as a result of the issues with the provisional register.

Addressing a rally in the Bono Region before the suspension, John Mahama said the Electoral Commission should be held accountable should the country be plunged into a state of turmoil.

“As things are going, we are not comfortable with the way the processes leading to the election. We call on the international bodies. They should take an interest in what is happening in Ghana. We want international electoral observers should come long in advance to supervise the electoral process.”

Mahama took on the EC over what he describes as the electoral management body’s “legendary” incompetence in handling issues relating to voter registration cards ahead of the country’s general elections in December 2020.

John Mahama said too many issues have characterized the voter registration and exhibition exercises due to the EC’s poor management.

Among other things, Mahama expressed regret over the allegations of missing names of registered voters from the electoral roll.

“We had our agents at all the polling stations, supervising the registration. If there was an issue with compiling the register where the codes of the various equipment were found to be duplicates and it was necessary to issue new voters’ cards, why were political parties not informed? And the point even is, if you issue those new voters’ cards at the district office, how will the people whose cards are affected know, so they can go for the new cards? There is so much wrong going on. The incompetence of this EC is legendary,” John Mahama said.

NDC has data on omitted names in register – Afriyie Ankrah