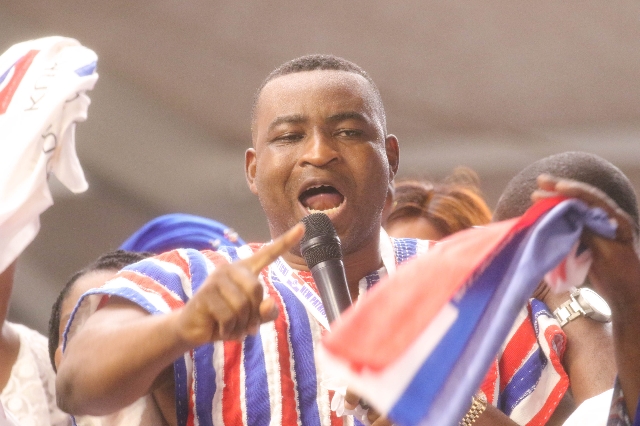 The Ashanti Regional Chairman of the New Patriotic Party has promised to mount pressure on former President Mahama until he responds to allegations of corruption and the role his government played, in acquiring planes that could have been sold to Ghana for less.

Former President Mahama is yet to make any public statement on the matter and his stance according to Mr. Bernard Antwi-Boasiako could no longer be accepted.

The NPP Chairman popularly known as Chairman Wontumi explained that he doesn’t “know whether former President Mahama is suffering from toothache (kaka) or his doctors have advised him not to comment on the Airbus issue since it can affect his health. He should be strong, I don’t want him to use toothache as an excuse to remain silent”.

Chairman Wontumi called on the former President to respect Ghanaians who want to know the critical role he played in the transaction which has attracted global attention.

The Ashanti Regional Chairman’s call follows that of the Ghana Pentecostal and Charismatic Council (GPCC) who have also expressed concern about the Airbus bribery scandal.

“We call on the security agencies to conduct serious investigations” into the matter, the Council said in a communiqué issued after deliberations at the 2020 Conference of Heads of Churches and Organisations held at the Pentecost Convention Centre, Gomoa Fetteh from 4 to 7 February 2020, adding that anybody found culpable should be brought to justice.

The scandal which came to light after a series of court documents were published by the Department of Justice (DOJ) of the United States and the Serious Fraud Office (SFO) of the United Kingdom revealed incidence of bribery and corruption spearheaded by Airbus where the European Aviation giant paid millions of bribes to state officials of five countries including Ghana in exchange for lucrative contracts.

Documents released by the DOJ and SFO indicted Ghana alleging that contrary to section 7 of the UK’s Bribery Act 2010, Airbus failed to prevent its close associates or persons associated with them from “bribing others concerned with the purchase of military transport aircraft by the Government of Ghana, where the said bribery was intended to obtain or retain advantages in the conduct of business.”

The document stated that the bribery allegation took place between 2009 and 2015 where the European Aviation giant engaged the services of a close relative of a high-ranking elected Ghanaian Government official who served as an intermediary to facilitate the sale of three military transport aircraft to the Government of Ghana.