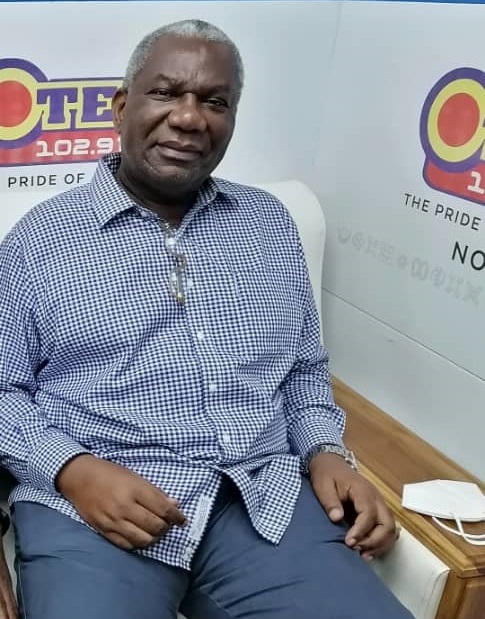 A Former Minister of Energy, Mr Boakye Agyarko has declared his ambition to context for the New Patriotic Party (NPP) 2024 presidential primaries after serving the party faithfully, loyally and hard adding that he stands a better chance of leading Election 2024 as a flagbearer to “Break the 8” year rotation of governance between the NPP and NDC.

According to the Mr Agyarko, he is “fit for purpose”, for which reason he has resolved to put himself up to be elected by the party delegates.

The NPP stalwart once again reiterated his dream to lead the party in the next general elections on the Kumasi base OTEC FM’s breakfast show dubbed “Nyansapo” on Thursday October 28, 2021

The one time contestant in the party’s flagbearership position in 2008 said his faithfulness and loyalty to the party are unquestionable, adding that he will practically lead the party to yet another unprecedented victory should party delegates give him the nod.

Mr Boakye Agyarko told the programme’s host Captain Koda that, he has enough experience and qualities to break the eight year rotational governance between the NPP and the National Democratic Congress NDC.

Boakye Agyarko disclosed that the reason for which he left his base in the United of States of America to come to Ghana was to contribute to the development of the country.

He however encouraged all members of the NPP to focus on helping Nana Addo Dankwa Akufo-Addo deliver a successful second term.

Boakye Agyarko admonished that the failure of the NPP government will have a devastating effect on Ghana’s democracy hence the need for all members of the party to join forces and ensure a successful final term for the president.

“In 2008, I was a contestant, one of the 17. I stayed to pay my dues. I consider myself fit for purpose and so I will not resale from that ambition or that objective. But at the end of the day it is for the grassroots to decide,” he added
Mr. Agyarko has, since the commencement of the party’s annual regional delegate’s conference been involved in the process.

The former Campaign Manager of the NPP has already participated in three regional conferences, Savanah Region, Upper West and Upper East. Sources say, his involvement in the process is to energize his base ahead of the crucial flagbearership race.