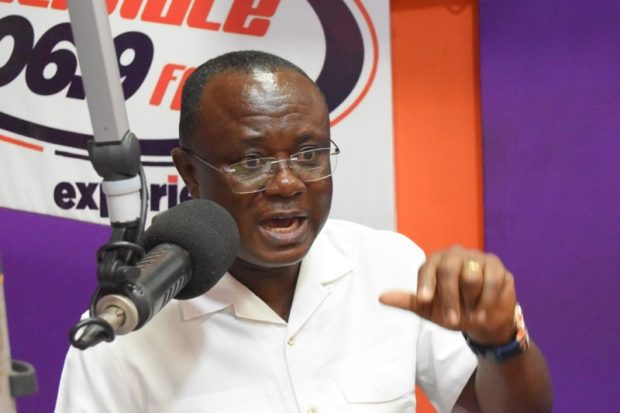 The First Deputy Speaker of Parliament, the Right Honorable Joseph Osei Owusu has indicated that Ghana is suffering the scourge of an ever ballooning unemployment bulge because graduates are miseducated.

Speaking on Kumasi-based Ultimate 106.9 FM, he described miseducation as the phenomenon of attending school for certificates with no regard for employable skills, vocational and technical competence that could lead to entrepreneurship.

He explained, “We are miseducated because as soon as we go beyond secondary school, we think that we are not supposed to work with our hands. An engineer doesn’t want to touch dirty oil. He always wants to be wearing an overcoat and give instructions to people instead of us creating with our minds.”

The Bekwai Legislator who also doubles as a member of the Petroleum Commission Board expressed worry companies drilling oil in Ghana’s oil fields continue to submit applications requesting permission to import welders with a certain level of certification to work on the oil rigs.

“The CEO of the Petroleum Commission is worried that every year companies ask permission to bring in welders from outside the country because our people don’t have the qualifications. If they tell you how much they are paid per hour, it is more than my pay a month.” He fumed.

Mr. Osei Owusu charged Ghanaian youth to do away with the mentality of success coming in wearing coats and tie and get to work.

“All the jobs and things we see around are created by people who don’t walk around in coats and ties. Look around us; which one of us tie and coat people have created anything?” he questioned.

The 1st Deputy Speaker of Parliament asked Ghanaians to wake up to the realities painted by the Finance Minister that out of the 30 million Ghanaians, 60% of the country’s revenues go to pay less than a million people.

He contended that the Minister was right to have insisted that adding unto the public sector payroll was unsustainable and challenged graduates to move away from the colonial mentality of acquiring education.