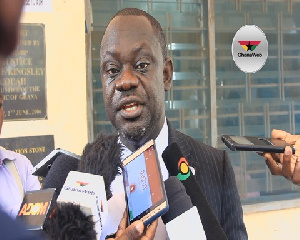 The Judicial Service Staff Association of Ghana (JUSAG), has given government two weeks to implement the new salary decisions.

Its National President, Alex Nartey, insists that failure on the part of government to operationalize the revised salaries of members will see them ‘advise ourselves’.

Mr. Nartey noted that the Judicial Council concluded on the 2021 salary and other related allowances early on in the year to be considered by President Nana Addo Dankwa Akufo-Addo in line with the provisions of the 1992 Constitution.

But 2021 is nearing its end, according to JUSAG, and no action has been seen of government regarding implementation.

The National President said the National Executive Committee (NEC) of JUSAG met to demand immediate implementation of the review from government.

“The delays on the part of the government with regard to the implementation of our new salaries is unacceptable, they can no longer wait,” Mr. Nartey said at a press conference on Friday, October 1.

“Within two weeks from today, government must take action on the recommended salaries,” he warned.

“If within two weeks the government does not do anything about it, they should not blame us, because we will advise ourselves according to law.”

In 2019, JUSAG proceeded on an indefinite strike after it gathered intelligence that the reviewed salary decisions were going to be implemented in 2021 instead of 2020.

After calling off the strike and a possible suspension of negotiations due to Covid-19 in 2020, implementation is yet to take place.

The Association, 3news.com gathers, may embark on strike if government does not meet leadership over the latest warning.

How J.B. Danquah, others were arrested under the Preventive Detention Act