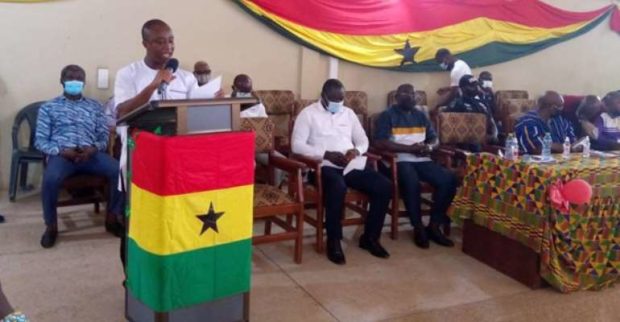 The confirmation of the President’s nominee for Municipal Chief Executive (MCE) for Ketu South was delayed for almost two hours.

The delay was occasioned by first, the last-minute revocation of all former government appointees of the Assembly, which affected Samuel Doe Haligah, who was also the Presiding Member and the 39 elected members insistence on following the due process.

All the 18 government appointees were informed of their revocation after they showed up on Thursday morning in anticipation of taking part in the confirmation exercise scheduled for 10am.

When all was set for the start of the exercise minutes after 11am, a drama ensued until it was resolved about 12midday.

An announcement by Alhaji Yusif Ibrahim, Municipal Coordinating Director to members of a swearing-in of new government appointees of the Assembly did not sit well with members.

The members, among others, argued that they were not informed of the decision to revoke the appointment of the previous appointees and that the meeting would continue without a member presiding over it.

The members took a break after which they came back with a recommendation for a member to be appointed to preside over the exercise.

Two names, Prosper Atoklo and Moses Xorse Kordorwu, were nominated and the latter received the nod to be the PM giving way for the start of the exercise.

At the end of polls and counting of votes around 12:50pm, Maxwell Koffie Lugudor was confirmed as the MCE for the area with 49 Yes votes, representing 86 per cent. There were 8 “NO” votes.

Related Topics:KETU SOUTH
Up Next