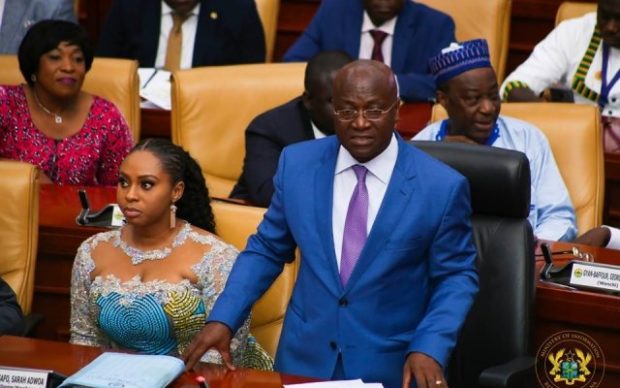 The decision of the Speaker of Parliament, Rt. Honourable Alban Sumani Kingsford Bagbin to reject the content of a letter dated August 31, 2021, written to Parliament and served on the Clerk of Parliament by a bailiff from the Law Court Complex in Accra has led to disagreement among the rank and file of ths ruling New Patriotic Party.

Deputy Majority Leader Afenyo Markin had expressed agreement with the position of the Speaker Alban Bagbin. This was re-echoed by Henry Nana Boakye.

However, according to the Majority Leader and Minister of Parliamentary Affairs, Hon. Osei Mensah-Kyei-Bonsu, the letter from the Speaker in response to a letter dated August 31, 2021, written to Parliament and served on the clerk by a bailiff from the Law Court Complex in Accra that the Assin North Parliamentary seat cannot be declared vacant is out of place.

“You can’t use your own understanding to interpret the law. You accepted to work with a letter from the Court where Hon. James Gyakye Quayson made an appeal through his lawyers but you don’t want to accept another letter from the court to declare the seat vacant. … You can’t put something on nothing”, he stated.

Speaking on Kumasi-based Fox FM monitored by Mynewsgh.com, Hon. Osei Kyei-Mensa-Bonsu told host, Kwaku Kyerematen Nkansah that the Speaker, Rt. Hon. Alban Bagbin should have known better to and put the law at its right place.

“I have not read fully about the content of the Speaker’s letter written by the Clerk of Parliament but I am surprised to he is finding it difficult to declare the seat vacant”, the New Patriotic Member of Parliament (MP) for Suame revealed.

The Court presided over by Justice Kwasi Boakye on Wednesday, July 28, 2021 ordered for a fresh election to be conducted in the constituency.

Related Topics:KYEI MENSAH BONSU
Up Next

I stand by my “do or die” comment – Mahama