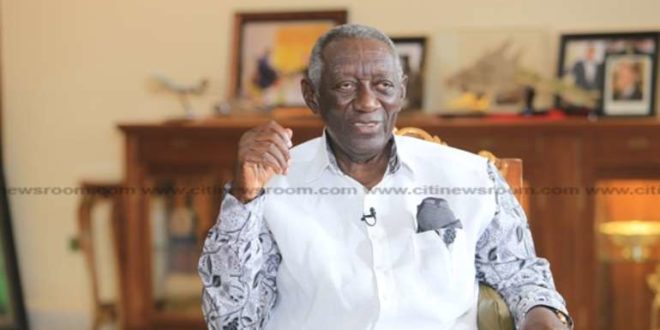 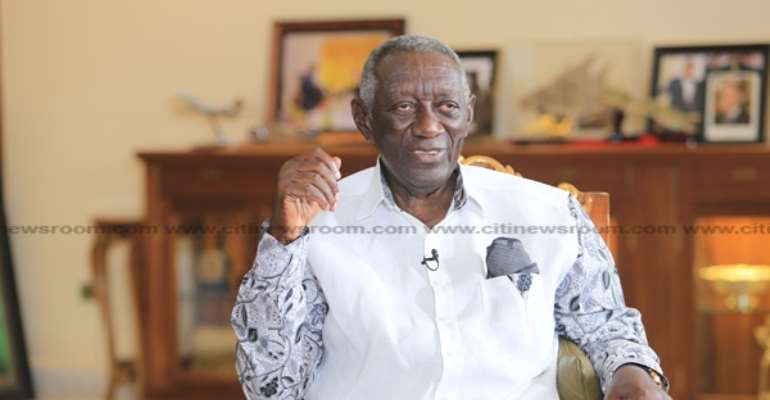 He said the nation needs to take a second look at its political mentality, following the current situation in Parliament.

Mr. Kufuor said the near-even distribution of seats for the governing New Patriotic Party (NPP) and the National Democratic Congress (NDC) in Parliament following last year’s polls, is a clear indication of a need for compromise.

Speaking exclusively to Bernard Avle on The Point of View on Citi TV, ex-President Kufuor said the time for inclusive government is now and the nation must not ignore it.

“We must [rid] ourselves of the mentality of winner takes all or if you are not on my side, then you are my enemy. That’s not the way for us as a country to go. The way the voting is going now, I think we are all being forced to acknowledge that power is not locked exclusively on one side.”

“Now we have a hung Parliament, this will mean that the executive must learn to accommodate [the Minority] so that the winner does not take all”, he added

Mr. Kufour also explained that political rivalry is an important principle within the country’s political sphere to put the government in check.

The former President said the existence of such rivalries should rather be encouraged even within the same political parties and not be seen to be inimical to governance.

“Our constitution enjoins parties to be democratic. It talks of sovereignty residing in the people. Sovereignty is not locked in government but the rivalry among political parties upholds the principle of checks and balances. Otherwise, smart alecs will grab [power] and run away with it, and then all of us will lose.”

Tags ALL GET LET;S OF rid TAKES winner