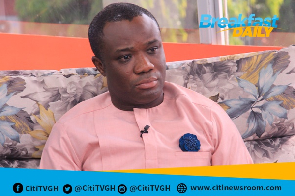 The former Deputy Minister of Communications, Felix Ofosu Kwakye, has defended Mr Mahama’s decision to run again for president, saying the ex-president has a lot more to offer Ghanaians.

Mr Mahama has had a sober reflection of his one term performance and the current situation of Ghana under President Akufo-Addo, the one time spin doctor said on Acca-based Citi FM, adding that the former president feels compelled to “save the ship of state” which the ruling government has decided to wreck.

According to the former minister, the president and the governing party won poor through “populist fervor.”

“The fact is that, [former] President Mahama still has a lot to offer this country. And it was obvious that we were on the right path except that somehow NPP was able to sweep to power with the help of some populist fervour which at the time was a bit difficult to push back on because of certain factors that prevailed,” he said on Citi News.

He continued: “But with passage of time, it has become clear that [former] President Mahama had a consistent vision that he needed to finish but which was unfortunately truncated for the reasons that I have indicated.”

“Having gone out office and had the opportunity to do sober reflection over the period on his performance and the current situation that we find ourselves as a country, he feels compelled to throw his heart in the ring once again and step up to the plate to save the ship of state which the Nana Akufo-Addo and the NPP have decided to wreck. So he has a lot up his sleeve to offer the people of Ghana.”