Home / POLITICS / Mahama is a threat to NPP – Afriyie Ankrah 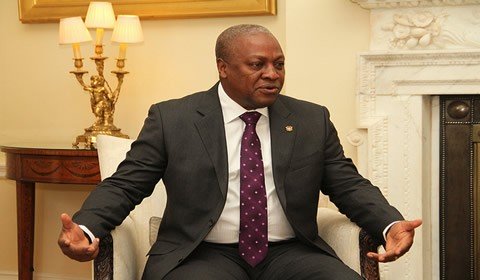 Mahama is a threat to NPP – Afriyie Ankrah 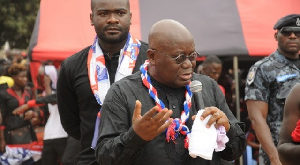 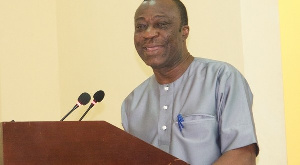 Former Minister of Youth and Sports Elvis Afriyie Ankrah says the New Patriotic Party (NPP) went on a vitriol last week against former president John Dramani Mahama because they know he constitutes a threat to their bid of staying in power for another term.

He said the ruling party did not address the substantial issue raised by the National Chairman of the National Democratic Congress (NDC) that same day.

NDC Chairman Samuel Ofosu-Ampofo had accused the Electoral Commission, Ghana (EC) and the National Identification Authority (NIA) on Thursday, May 14, of collusion to rig the December 7 elections for Nana Addo Dankwa Akufo-Addo.

The National Campaign Manager of the NPP, Peter Mac Manu, held a press conference a few moments afterwards and chided the NDC for their comments, saying they are just afraid of the defeat that awaits them on December 7.

“NDC must be reminded that the NPP, as an opposition party, beat the NDC in 2016 –– and by the largest margin ever in Ghana’s history against an incumbent president,” he said.

Mr Mac Manu said the NPP has an election to win and so with or without a new voters’ register, their candidate will campaign on the massive projects undertaken in the last three years.

He said the performance of President Akufo-Addo is what will deliver election victory for the NPP and not the EC nor NIA.

He said the NDC are simply struggling to market Mr Mahama due to his poor performance while president of the country and the fact that he has many corruption tags on his neck.

No wonder, Mr Mac Manu further observed, none of the senior members of the NDC is willing to partner Mr Mahama as his running mate.

But addressing journalists at NDC’s headquarters in Accra on Thursday, May 21, Mr Afryie Ankrah, who is also the Director of Elections for the party, described Mr Mac Manu’s response as laughable.

“When you listen to their statement, you don’t know whether they thought it was a rally. They just did not address any issue.

“They went on an attack of the former President Mahama, who they know is a threat to them.”

He said little wonder some key members of the NPP were virtually advising the NDC leader not to contest the presidential primary in 2019.

He alluded to a Hearts-Kotoko clash where the opponent is rather advising against the fielding a particular player.

“[It was] because they know he is a threat to their chances so they spent all their time [with] insults, attacks and everything.

“It will not amount to anything,” he stressed.

Previous Teachers should be ready to forgo 50% of their salary if they want to stay home – Prof. Adei
Next Premature baby’s Covid-19 death to be investigated 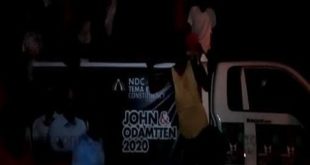