Home / POLITICS / Mahama will fulfil these 18 promises when elected 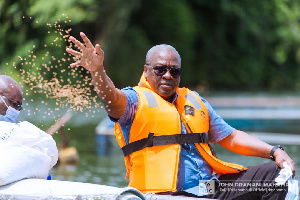 Mahama will fulfil these 18 promises when elected 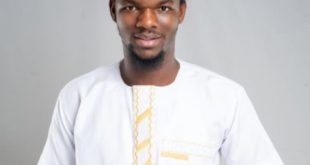 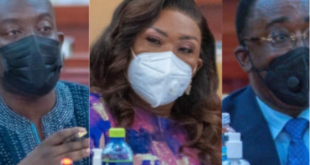 The opposition National Democratic Congress has outlined 18 comprehensive manifesto promises it says will be fulfilled if its presidential candidate, John Mahama is elected during the December polls.

National Communication Officer of the party, Sammy Gyamfi during a press conference in Accra described the upcoming general elections as a referendum on President Akufo-Addo’s performance.

In Mr. Gyamfi’s view, the president has failed to fulfill the “numerous verbose campaign promises made to Ghanaians in 2016.”

He noted that the comfort and transformation Ghanaians were promised by President Akufo-Addo and the NPP have become a dream.

“Today, the cost of living is so high and unbearable for the vast majority of Ghanaians due to the bad governance of President Akufo-Addo,” he stated.

1. Pay all customers of the collapsed financial institutions whose monies are locked-up in full and restore indigenous Ghanaian participation in the financial sector.

2. Reduce the size of government by at least forty (40) ministers to reduce government expenditure and channel those resources into the productive sectors of the economy for the benefit of Ghanaians.

3. Provide free Technical and Vocational Education (TVET) from the second cycle to Tertiary level to build the human resource base of the nation for industrial development, entrepreneurship and job creation.

4. Institute a National Apprenticeship Program in line with his vision of rapid industrialization and job creation for the country.

6. Construct a regional hospital for each of the six (6) newly-created regions and the Western Region to improve access to quality and efficient health care delivery.

8. Take healthcare to the doorsteps of the people by building a first of its kind “Onipa Nua” Hospital Ship and deploy it to provide medical services to the inaccessible riverine and fishing communities on the inland Volta waterways.

Additionally, the next Mahama government will rehabilitate the “Onuador” mobile vans that have been abandoned by the Akufo-Addo government and procure more, to provide medical outreach services in underserved and hard to reach areas in all the 16 regions of the country.

10. Abolish the dreaded double-track system of secondary education through an emergency and massive infrastructure drive. This will ensure a conducive environment and a one-track qualitative learning experience for SHS students.

11. Establish University Campuses in each of the six (6) newly-created regions.

Additionally, the promotion and welfare of teachers will be prioritised by the next Mahama government.

13. Restore the automatic employment of Nursing Trainee graduates. Again let me state unequivocally, that no nursing trainee graduate will be denied posting or employment under the next Mahama government.

14. Restore the distribution of free cocoa fertilizer and chemicals to cocoa farmers to boost cocoa yield and improve the welfare of cocoa farmers.

15. Complete the Eastern Corridor roads, dualise the Aflao, Cape Coast and Kumasi roads among others.

16. Complete all abandoned or uncompleted hospital and health projects, educational projects, road projects and other infrastructural projects in the country.

17. Punish corruption and end the practice of nepotism.

18. Train, remunerate and empower assembly members to be responsible for the local level registration of births and deaths in their electoral areas, to improve the national population register.

Mr Gyamfi added that the NDC will be outdooring its manifesto for the 2020 general elections in August but even before that, the flag bearer and leader of the NDC will, in the coming days, announce some “big-ticket policies which are central to his transformational vision for this country.” 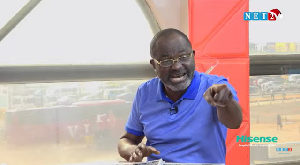