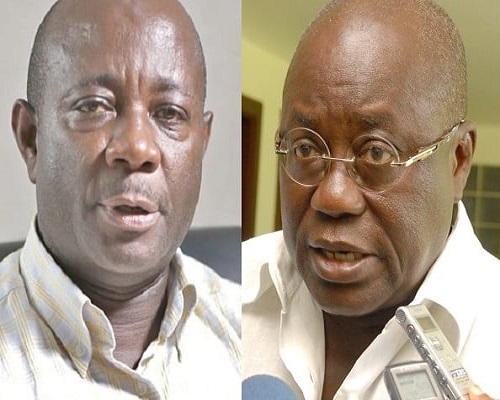 The disqualified presidential candidate of the United Progressive Party (UPP) Mr. Akwasi Addai Odike says President Nana Addo Dankwa Akufo-Addo will be struck dead by thunder should he attempt to claim he is not corrupt.

He noted that the president will die out rightly if he dares to lie about him not being corrupt in his government filled with family and friends.

“President Akufo-Addo accused others of corruption but today can he accused people the same way and say I’m incorruptible? When was the last time he said I’m incorruptible? Should he say that today, thunder will strike him dead if he says I am incorruptible. He will die anytime he says he is incorruptible”. Mr. Odike fumed during a studio discussion on Kumasi-based Nhyira Fm monitored by MyNewsGH.com.

Corruption allegations and the claims that he (Nana Akufo-Addo) is not corrupt and can never be corrupt was one of the major campaign message of the president in the 2016 election which led to his historic win over John Dramani Mahama.

However, Mr. Akwasi Addai Odke responding to the matter indicated that corrupt practices in the Akufo-Addo’s government are stinking especially in relation to the Agyapa Royalties Deal and the PDS scandal that hit his government.

He accused President Akufo-Addo of disgracing the NPP adding that Ghanaians must vote him out come 2020 elections which is barely 30 days to go.