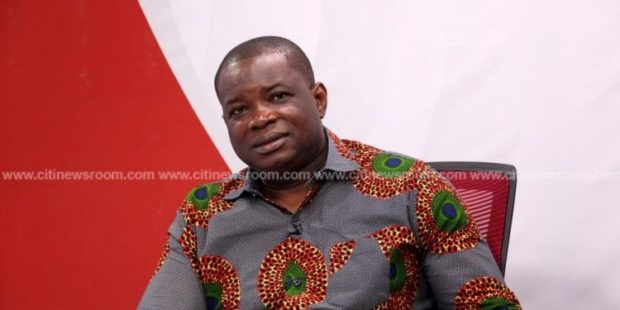 The Minority in Parliament is questioning the propriety of a 100 million dollar Accra Intelligent Traffic Management project currently before the Defence and Interior Committee of the house.

According to the Ranking Member on the Roads and Transport Committee, Governs Agbodza, a similar agreement was approved by the house in 2019 for the same project which is underway in parts of the capital.

Speaking to the press in Parliament, Governs Agbodza raised questions about a supposed change in policy and the potential cause of a judgment debt.

“When the resolution was passed in Parliament, this was what was passed and the contractor or developer was named in the agreement as Beijing Everyway Traffic and Lighting Company Limited. Indeed at the Committee, the National Security Rep sought to create the impression that China Everyway Traffic Lighting is a company that has gone . It does not exist. That the directors are ex-convicts etc.

“It was their responsibility in 2018 to do the due diligence so in the first place, it is an indictment on the government for not doing the right thing before coming here. All the records are here. Secondly, you heard them say there was no contract. We have gotten details of contracts signed between AMA. So if the developer was not qualified for this job, you should have cured that in 2018.”

While indicating that the government is setting a bad precedent with the deal, Mr. Governs also questioned why the agreement was taken from the Ministry of Roads and Highways to the National Security ministry.

The contract agreement which is between the Government of Ghana, represented by the Ministry of National Security, Huawei Technologies Company Limited and the China National Import and Export Corporation for an amount of US$100 million dollars is in respect of the Accra Metropolitan Area ICT-ENHANCED Traffic Management Project.

Fomena MP throw out from Parliament