Home / POLITICS / Namoale ‘collapses’ with shock over Mahama’s massacre of Alabi, others 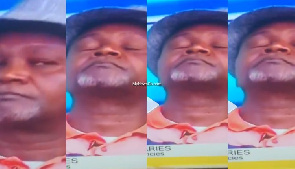 Namoale ‘collapses’ with shock over Mahama’s massacre of Alabi, others 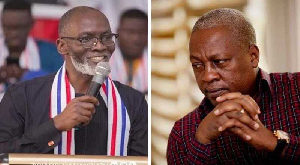 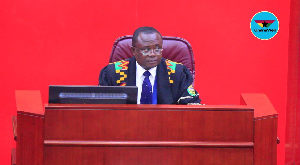 Former Member of Parliament (MP) for La Dadekotopon Nii Amasah Namoale almost collapsed in the studio of Adom TV in Accra when results of the walloping of his master Joshua ALABI started trickling in.

The results so far show the about 95% of the 280,000 NDC delegates across all 275 constituencies plus three specially-created polling stations in Ghana voted for John Mahama to lead the NDC in the next election in 2020, possibly against Akufo-Addo of the NPP again.

Namoale had earlier claimed former President John Dramani Mahama has a “hyped-popularity” and by the close of polls, Joshua Alabi will teach him a lesson.

As part of allegations he levelled against the former president, Mr Namoale also claimed that even though Mr Mahama has claimed he was popular, he has been distributing money to delegates, hoping to win.

“NDC will teach Mahama a lesson today. He should forget about this election because he won’t win. Ghanaians and the NDC for that matter are tired of him,” he said on Adom TV’s special elections coverage programme, NDC decides.

But on the same show, Namoale almost lost his beating when the results started coming in, looking dazed and shocked. He fell back in his seat and threw his head backwards, all speechless.

He attributed their defeat to the fact that there are some places they only visited once. Many have said Namoale’s conduct in the course of the NDC internal contest reduced him to a serial caller, although a former MP. He has been abused by NDC footsoldiers following his attacks on Mahama who is now going to lead the NDC into the next election in 2020.

Previous My boyfriend of 2 years robbed and ‘forced’ me to buy a GHC20,000 new car for him – Woman narrates
Next Vigilantism: ‘Oldman’ Osafo Marfo has an ‘archaic’ mind – Asiedu Nketia blasts 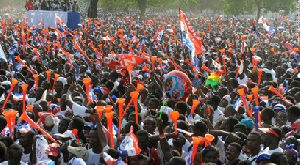 News coming in from Koforidua suggest that an emergency meeting held on Tuesday, 19th January … 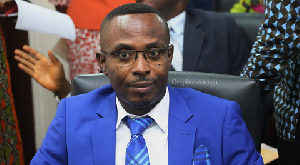