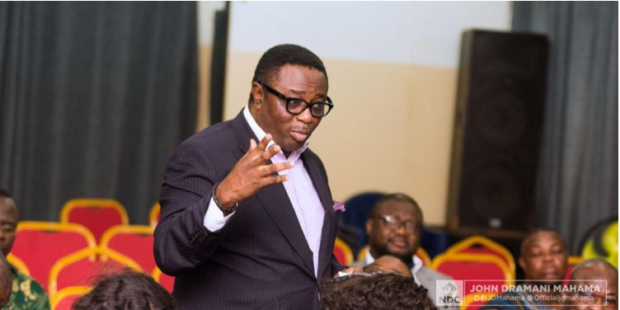 The Director of Elections for the National Democratic Congress (NDC), Elvis Afriyie Ankrah says the party has detailed reports on the number of names omitted in the voters’ register.

Speaking on Eyewitness News, Mr. Ankrah said the party’s flagbearer, John Mahama called off his tour of the Bono Region for a meeting where the reports will be presented to him to decide on the next line of action.

“When you have an EC that did not meet with political parties before the exhibition exercise and when you have a register that has been badly compiled, with tens of thousands of names missing from the register, there is no point in being out on the field campaigning. We are going to present him [Mahama] with detailed reports. We have detailed reports from every single region. We will meet with our flagbearer and decide on the next course of action.”

According to him, the party collated numbers during the voters’ registration exercise.

“What they [EC] don’t know is that we have generated our own register. We put together daily reports from the registration exercise.”

In a meeting with members of the Ghana National Association of Garages in Sunyani today, Tuesday, September 22, 2020, Mr. Mahama further called on international communities to come on board to ensure the December 2020 election is conducted peacefully.

The Vice-Presidential Candidate of the National Democratic Congress (NDC), Prof. Jane Naana Opoku-Agyemang has also suspended her campaign tour of the Central Region.

Minority Leader, Haruna Idrissu has complained about the omission of names in the Tamale South Constituency.

Ernest Norgbey, in particular, alleged that the Electoral Commission was deliberately deleting the names of registered voters from perceived NDC strongholds.

But the Electoral Commission has denied the claims and insisted that voters who duly registered and were issued with Voter ID Cards but cannot find their names on the provisional register can rectify the situation.

‘Your incompetence is legendary’ – Mahama to EC