Home / POLITICS / NDC mourns 3 members who died in one week 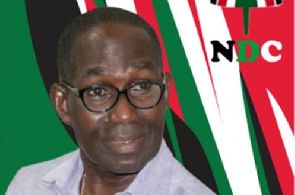 NDC mourns 3 members who died in one week

The opposition National Democratic Congress (NDC) has extended its condolences to the bereaved families of three of its members.

Johnson Asiedu-Nketia, the General Secretary of the Party, last Friday solemnly announced that within one week the party had lost three compatriots.

They are Lee Ocran, a former Education Minister and High Commissioner to South Africa, who passed on, last Thursday dawn, after battling with illness for a while.

The others are Dr Charles Korankye, a member of the Council of Elders in the Central Region and Wasiu Iddrisu, who was shot last Monday by some members of the Hawk Vigilante Group, linked to the Party, at its regional headquarters, in Kumasi.

Mr Ocran, who was a former Member of Parliament for Jomoro Constituency, was also the immediate past Vice Chairman of the NDC.

In 2004, he became a member of the Manifesto Committee of the Party and also served as the Board Chairman of the Volta River Authority, under the John Dramani Mahama regime.

Previous ‘The gap was too much; Mahama shouldn’t have done that’ – Alabi jokes
Next We need proper leadership to solve the issue vigilantism – Oppong Nkrumah