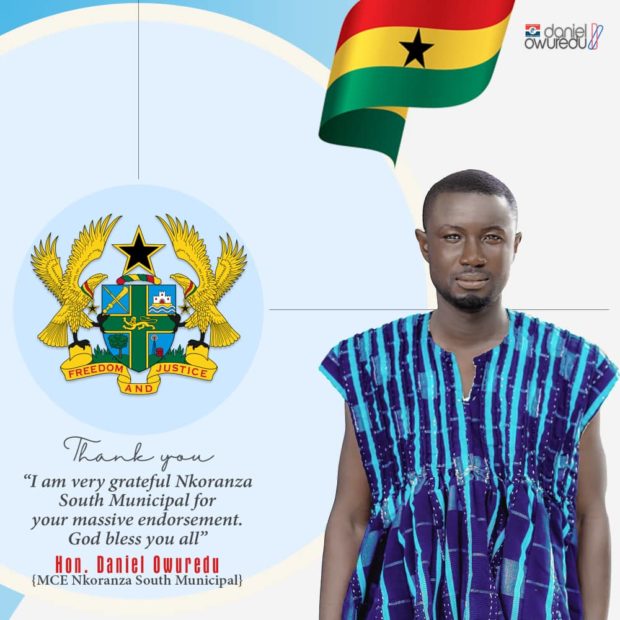 Members of the Nkoranza South Municipal assembly on Frday October 22, 2021 gave  one hundred percent  approval to Hon Daniel Owuredu as the Municipal Chief Executive for the area.

All the 45 assembly members endorsed Hon Daniel Owuredu who was nominated by the President to represent him in the Municipality.

The exercise, which was supervised by the Electoral Commission (EC), attracted traditional and religious leaders, politicians, family members and the public.

He also thanked the assembly members for the overwhelming support and called for unity from all stakeholders to speed up the development process in the area and transform the socio-economic lives of the people.

Hon Daniel Owuredu recounted his experiences as a grassroots campaigner, polling station executive, constituency chairman and assembly member, saying it would help him to work with all the people to bring the needed development to the area.

The Minister urged the  confirmed nominee to respect the Assembly members and stakeholders while they work in the office.

Can Akufo-Addo respond to Otumfuo or Okyehene that way? Sam George on Torgbui Fiti saga