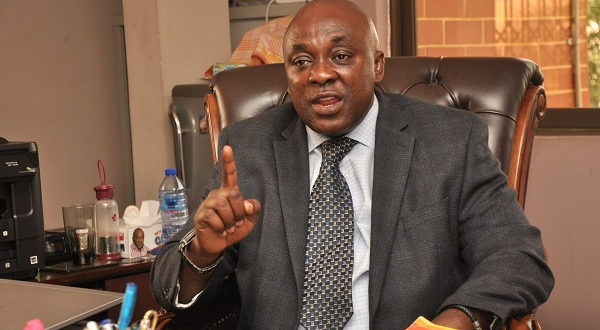 Deputy General Secretary of the New Patriotic Party (NPP), Nana Obiri Boahen, says the Tema West MP, Carlos Kingsley Ahenkorah, cannot be arrested and prosecuted without the prior consent of the Speaker of Parliament, Alban Bagbin.

This comes after the MP on the dawn of January 7, 2021, amidst the counting of ballots for Speaker nominees, snatched some ballot papers from the Clerks-at-table in Parliament and bolted towards the exit of the chamber.

His actions have since attracted a huge backlash from the public with some calling for his arrest.

But Mr. Obiri Boahen says arresting the Member of Parliament does not come easy like that since he is not just an ordinary citizen who can just be picked-up anyhow.

According to the Deputy NPP General Secretary, contrary to what Ghanaians are calling for, Carlos Ahenkorah can only be arrested by first informing the Speaker of Parliament.

“You can only arrest any Member of Parliament by first informing the Speaker. The Speaker has to be notified through writing then Hon. Carlos Ahenkorah can be arrested. Those calling for his arrest are primitive. You can’t arrest him like any ordinary man on the streets. It’s primitive to do so,” private legal practitioner, Nana Obiri Boahen stated on Kumasi-based Nhyira FM.

Meanwhile, the Tema West MP has in a press statement apologized especially to his family and friends who have been affected by his actions.