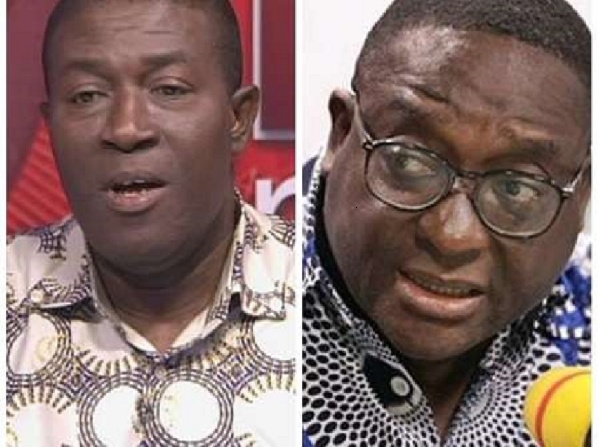 With less than three months to the general elections, the governing New Patriotic Party (NPP) is readjusting its strategies, particularly the ones having to do with communications.

But in what appears to be a demotion of the party’s Director of Communications, Yaw Buabeng-Asamoah, the Chief Executive Officer (CEO) of the State Transport Corporation (STC) has returned to the post he left vacant after the 2016 elections and had become one of the weakest links for the party, with many people, including Adomako Baafi, experimenting with the role.

Nana Akomea, according to an electronic notice flying around social media, is to address a press conference later this afternoon at the Alisa Hotel in Accra.

The subject of the press conference is not indicated.

But in the past, Mr Buabeng Asamoah, who is the Member of Parliament (MP) for the Adentan Constituency, has used that platform to either set agenda or react to certain issues that their main rival; the National Democratic Congress (NDC) had tried to capitalize on to score political points.

The Herald, recently reported about how the Akufo-Addo government and the governing party, have been panicking and were bringing back the suspended General Secretary of the party, Kwabena Agyapong, as well as Nana Akomea, the former-Director of Communications to salvage that department.

The opposition party, mentioned the subject as “the ongoing exhibition, the register for 2020 elections and matters arising”.