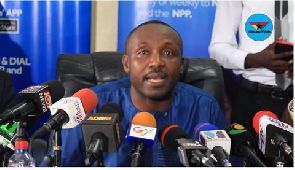 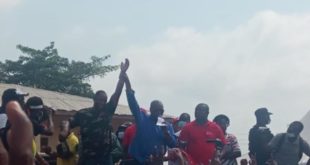 The New Patriotic Party (NPP) has stated that the Akufo-Addo government saved Ghana over $7 billion through the renegotiation of energy deals signed during the erstwhile Mahama administration.

General Secretary of the NPP, John Boadu, who made this known at a news conference on Sunday, said the contracts were renegotiated because the previous Mahama administration had over bloated them.

Mr. Boadu said Ghanaians would have paid for corrupt deals if the NDC had been retained after 2016.

“John Mahama, then President, decided to sign us on for power we had to pay for even though we would never get to use,” he stated.

He listed a number of financial and legal burdens NPP inherited as a result of NDC’s strange decision to agree to over 7,000 of excess capacity contracts.

The General Secretary indicated that “as at the end of 2016, ECG had signed 14 Power Purchase Agreements (PPA) which were operational with combined capacity of 1,104 MW.”

He said that “another 18 PPAs signed by ECG with a combined capacity of about 6,000MW and eight PPAs were under discussions with total capacity of 2,116MW.”

Mr. Boadu asserted that “this in addition to existing generation capacity from hydro, the VRA plants at Aboadzi and Tema and the TICO Plant, will result in a total installed capacity of about 11,000MW if the committed capacity is all deployed. This will by far be more than the current peak demand of 2,400MW.”

He added that “even at an annual growth in demand of 10%, our country will not be able to utilize this capacity.”

Previous Why new mining guards should not disgrace President Akufo-Addo
Next NAM 1 wins case in Dubai; company ordered to pay him 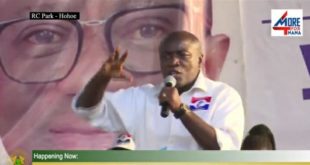