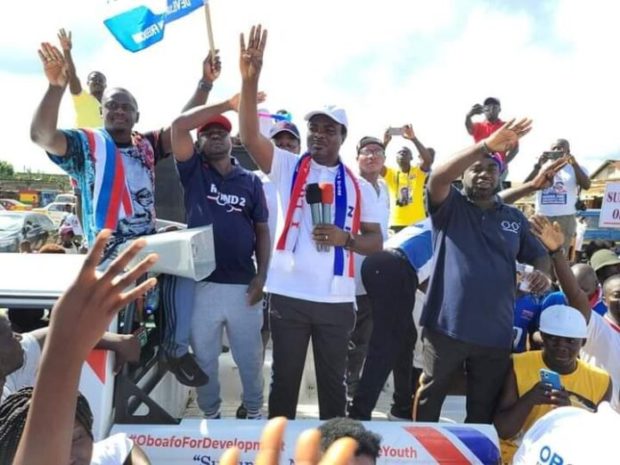 The Principal streets of Suhum Township in the Eastern Region on Sunday were flooded with the supporters and sympathizers of the ruling New Patriotic Party led by the Parliamentary candidate, Oboafo Kwadwo Asante who conveyed at the T – Junction to embark on his much-anticipated health walk.

The health walk which recorded a massive turnout graced by the Regional, constituency, and polling station executives was aimed to encourage members to keep fit and stay healthy in preparations towards entering the active campaign season for the December polls.

The NPP parliamentary candidate, Oboafo Kwadjo Asante who holds the flag of the party led the health walk dubbed “Walk4More To Victory 2020” said the objective of the walk was to revive the spirit of the NPP in Suhum and energize the constituents towards the 2020 elections. 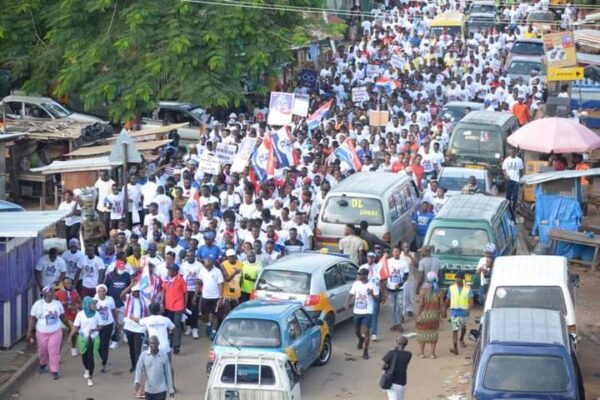 Oboafo Asante addressing the party members at the Suhum main Lorry Station thanked the participants for the massive turnout and entreated them to rally behind the NPP government in its quest to deliver on its promises to the people.

Other guest speakers, in persons of Kwame Kodua, Regional Organiser, Jerry Osei-Poku the Regional Youth Organiser, Mrs Margeret Darko Darkwah, the Suhum MCE, Fredrick Ofosu, the Suhum Constituency Chairman among others in their addresses indicated the need for the Akufo-Addo NPP led the government to be given another four-year mandate to do more towards the development of the nation.

They also encouraged the youth on the culture of exercising and living a healthy life amongst members, as recommended in the Covid-19 preventive protocols.

The speakers further urged the youth to exercise patience and support the government as it rolls out various social intervention programs that would consequently create lots of job opportunities for them. 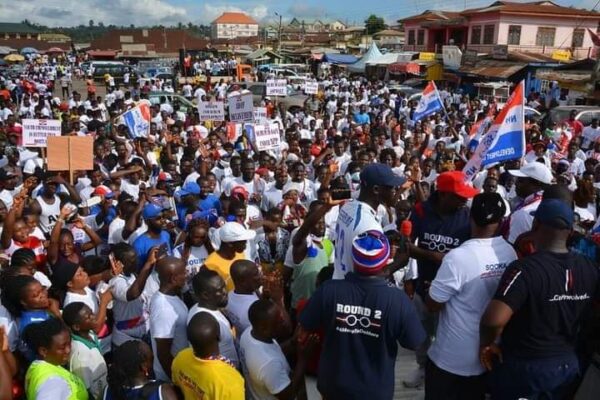 Kwadwo Asante since elected as the new Parliamentary candidate is seriously engaging communities door to door campaign and preaching the gospel of the NPP to them on the need to reward the party December 7 polls.

In his separate community engagement, he interacted with, he said, “agenda 2020 of maintaining NPP is a collective responsibility.” and also appealed to the residents to votes for him coming 7th December to lead the constituency.

He said, “I’m ready to deepen the developmental status quo of Suhum, I’m your humble servant ready to serve you and is appealing for your massive support and votes on December 7 for the NPP.”

Kwadwo Asante, however, entreated the residents that the NPP is the only party that has the country at heart because in its first term it has introduced a lot of good interventions such as Capitation Grant, School Feeding Programme, Planting for Food and Jobs, Free Senior High School, One Village One Dam and Restoration of Teacher Trainee and Nursing Trainee allowances among many others.