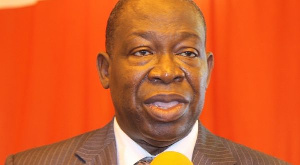 The Petitioner in the Election 2020 Petition Trial has filed another witness statement at the Supreme Court.

The witness statement of Mr Robert Joseph Mettle-Nunoo was filed on Thursday, January 4, 2021.

Mr Mahama through his lawyers had earlier filed two witness statements by Johnson Asiedu Nketia, General Secretary of the NDC and Dr Michael Kpessa-Whyte, a member of the Party.

The two have had their statements adopted in evidence and they have been crossed examined by lawyers of the two respondents.

Mr Mahama had gone to court challenging the validity of the results of the Electoral Commission declaring Nana Addo as the winner of Election 2020.

He has accused the EC of vote padding.

The EC has, however, denied the assertion on vote padding.

The Trial is expected to resume on Friday, February 5, this year.

Battle for NPP chairmanship: Who gets government support?