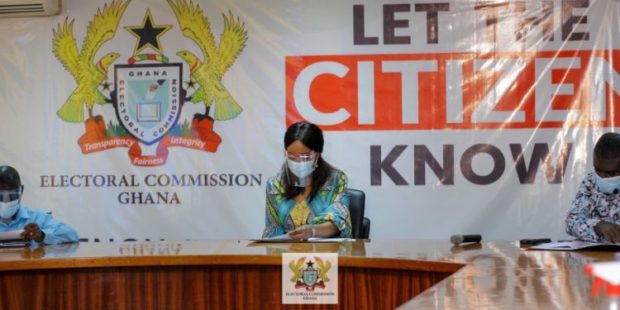 However, at the time the CI would have matured, the elections would have been held already.

This forced some members of Parliament (MPs) to advise the EC to withdraw the CI.

This had to do with the ‘Guan Constituency’.

It was as a result of this that the EC, on the eve of the elections last year, directed voters in the Guan District – specifically those in Santrokofi, Akpafu, Likpe and Lolobi (SALL) – to only vote in the presidential polls.

Shedding more light on this on Saturday, September 25, when he appeared on The Keypoints on TV3/3FM, a Deputy Minister of Local Government, Decentralisation and Rural Development, Osei Bonsu Amoah, pointed out that with the formation of the Guan District by President Nana Addo Dankwa Akufo-Addo, 13 electoral areas were taken from Jasikan in the Oti Region.

It, therefore, behoved on the EC to create a new constituency for voters in those electoral areas, he indicated.

“Unfortunately, by the time the creation of the districts matured in November, that was the day Parliament was rising to go and campaign, so the EC could not create the constituency before the election,” the Akwapim South MP said.

He said as per the EC’s CI, maturity – which takes 21 working days – was going to be after the elections and that would have made that constituency operational in 2025.

“If you look at decided cases, if you create a constituency within a term, it takes effect from the next term.”

He, therefore, sympathised with the people of Guan District about the longevity of the absence of a representative in Parliament for them.

On the new Guan District, the former Deputy Sports Minister said his boss, Dan Botwe, has been more concerned with putting in place the structures befitting of a district so that the necessary arrangements are finalised for the appointment of a Chief Executive for the area.

Related Topics:2020 electionConstituencyCreateEC
Up Next