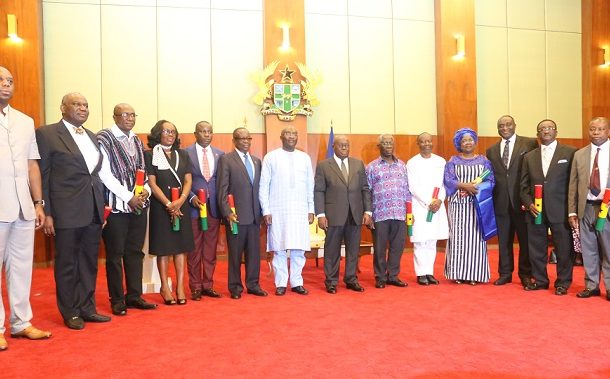 Salary Of Ministers In Ghana – A minister is a politician who heads a ministry, making and implementing decisions on policies in conjunction with the other ministers. Thus being a minister is a very lucrative and prestigious profession.

President Nana Akufo-Addo has submitted to Parliament for the approval, through the Speaker, Alban Bagbin, a list of names for appointment as Ministers in his new government.

This list includes the names of some 46 persons expected to fill the ministerial positions and support the president to fulfil his mandate in the next four years. Are you asking yourself the take home salary of these ministers? Don’t worry , this article to help you discover the Salary structure Of Ministers In Ghana.

Before we get to Know the details Of Salary Of Ministers In Ghana, Lets be clear with what most people ask about ministers salary in Ghana.

How many ministers are in ghana 2021?

This list includes the names of some 46 persons to fill the ministerial positions and support the president to fulfil his mandate in the next four years.

Minister Of Attorney General And Minister For Justice – Godfred Dame

Details Of Salary Of Ministers In Ghana

In Ghana, some ministers are also members of parliament for certain constituencies.

This affects their salary as compared to ministers who are only ministers and not MPs. Find below the salary of Ministers in Ghana.

What are the incentives given to minsters in Ghana?