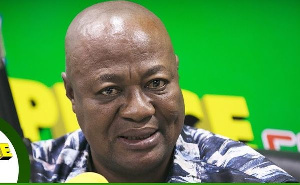 Ad
The fate of the Ashanti Regional Secretary of the governing New Patriotic Party will be determined today as assembly members of the Kumasi Metropolitan Assembly have been called for a special meeting on Tuesday October 5,2021 to that effect.

The eighth Assembly Meeting will determine the fate of the President’s nominee at 10am.

Dignitaries such as the Ashanti Regional Minister, Members of Parliament (MPs), All metro sub chairpersons including Heads of department are expected to attend the meeting.

This was made known on Sunday, September 19, 2021, by the Minister for Local Government, Dan Botwe at the minister’s press briefing.

Sam Pyne is expected to take over from the outgoing Mayor, Osei Assibey Antwi.