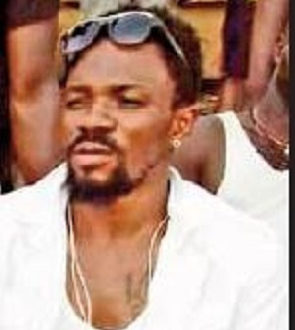 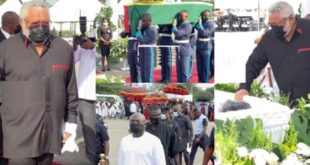 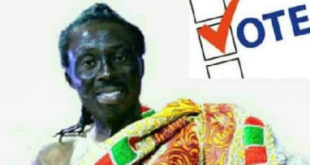 Family of the slain opposition National Democratic Congress (NDC) vigilante, Abdul Wasihu, has expressed dissatisfaction with efforts being made to arrest perpetrators of the heinous crime, describing the police action as “very slack.”

A member of the family, Tanko Iddris, said the police in the region have refused to attach importance to his brother’s murder case, indicating that the family feels disappointed by the actions of the police so far.

Speaking to the media after proceedings at the Asokwa District Magistrate Court on Tuesday, Iddris Tanko, stated that the main person of interest in Wasihu’s murder, Joseph Yaminn, a former Deputy Minister of Youth and Sports, had been left off the hook.

He claimed Mr. Yaminn was allegedly shielding persons behind the deadly shootings at the NDC Regional Office at Amakom, Kumasi, which resulted in the death of his brother.

“The police appear to be oblivious to their work, and this is total incompetence on every level from constables to detectives to inspectors to senior superintendents,” he fired.

According to media reports, the family organised a party comprising about 20 friends and volunteers to conduct a search that led to the arrest of one of the suspects called Suleiman Hussien, aka Akon, at his home at Kenyasi-Abirem.

“The police should be up and doing and work assiduously when information that will lead to the arrest of the murderers [suspects] is relayed to them.”

“We don’t want to take the law into our hands. We need the police to be on our side to arrest other perpetrators of the crime,” Iddris indicated.

Last week, the police in Kumasi said efforts to pursue or arrest persons allegedly involved in the killing of Wasihu were being thwarted.

The police said suspects were being assisted by people, including family members, to evade arrest and criminal prosecution.

Spokesperson of the Ashanti Regional Police Command, ASP Godwin Ahianyo, said police intelligence indicated that many of the fugitives continue to enjoy in homes and hotels in the metropolis.

“So far, we have three people in custody, and have arrested another person known as Akon. The others are on the run, and I am telling you they are hiding in the homes of people,” he told DAILY GUIDE last week.

He added that it’s an offence for any person to harbour a criminal.

ASP Ahianyo referred to an instance in which some of the suspects were whisked away in a waiting 4X4 vehicle when police moved in to arrest them after picking intelligence.

The police spokesperson disclosed that fugitive Suleiman Hussein, aka Akon, until his arrest last week, was being shielded at his home at Kenyasi-Abirem in the Kwabre East Municipality of the Ashanti Region by his relatives.

According to him, a toilet facility and bathroom had been built in his room at the family’s house at Abirem Old Town to help him avoid arrest and prosecution.

He said relatives of Akon would be invited for questioning to determine their level of active interference with law enforcement on account of trying to protect a fugitive whom they were feeding daily.

Four suspects- Dauda Ibrahim, aka Wayo, 40; Samuel Agyin, aka Rock, 32, and Abdul Ganiyu, alias Petit, 37, and Suleiman Hussein- who belong to another NDC vigilante group called the Hawk, who are facing trial, were granted bail by a high court in Kumasi on Tuesday.

Previous Swedru guard, 3 others in assault case to pay GH¢10,000 compensation to victim
Next A/R: Residents live in fear as snakes invade community after rains 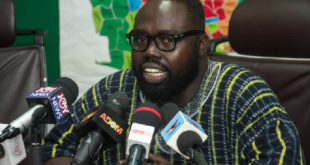 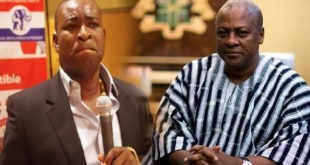