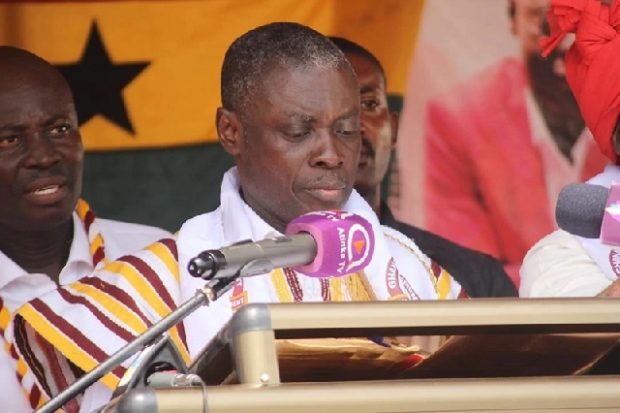 The Founder and General Overseer of the Life Assembly Worship Centre Reverend Christian Andrews, Osofo Kyiri Abosom, has asked President Akufo-Addo to publicly disassociate himself from comments made by Prophet Isaac Owusu Bempah if he is not corrupt.

A video of Prophet Owusu Bempah has surfaced on social media with the man of God advising his church members to shower politicians with gifts if they want to escape going to prison.

The man of God in the video started by saying that if you want the chief to give you land, you should give him sheep, give him money and give him gifts secretly.

He said, “you could have issues with the law agencies but because of how you shower people with gifts, it would be difficult for you to be prosecuted.”

“To him, as a wise man, you have to be connected with all the great and top people in your country. You should be giving them cash. As a wise man, just gift them cash. Places such as national security, satisfy those in power. When you do that going to prison may be far from you,” he added.

Reacting, Kyiri Abosom said the President must publicly disassociate himself from the comments if indeed he is not corrupt.

In his view, if the President does not disassociate himself, it would mean that he has personally received a bribe from Prophet Owusu Bempah.

“If you do not comment on the issue and disassociate yourself from the comments, then you are corrupt. As the President, the man has denigrated you, and if you are innocent, you must speak up now,” he added.

Related Topics:KYIRI ABOSOM
Up Next