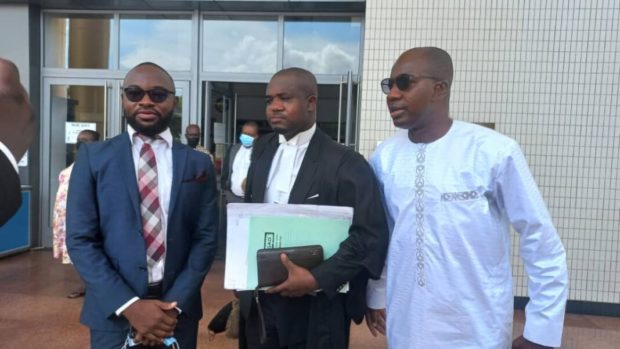 In court on Monday, the Special Prosecutor Lawyer Kissi Agyebeng told the court of their intentions to drop all charges against the accused persons.

“We wish to inform the court of the Republic intention to enter Nolle prosequi in respect of all cases against the accused persons,” the Special Prosecutor told the court.

According to him, the decision to file a nolle prosequi to drop the charges is premised on two grounds.

The first he said was “that upon further scrutiny, the Republic deems it unable to prove it case base on available evidence on the standards of proof on criminal bases – that is to prove beyond reasonable doubt.”

The second reason he said, that, “this case appears certain to suffer the same fate as the earlier one with case number FT0122019 the Republic vs Hawa Nichema and six others which was dismissed on May 7, 2021, on application of submission of no case to answer.”

The court presided over Justice Afia Serwah Asare-Botwe after listening to the SP discharged the accused persons.

Addressing journalists after the court sitting Kissi Agyebeng said, the charges before the court do not satisfy the standard of proof of criminal cases and the state cannot prove beyond reasonable doubt.

Mr Ayariga was charged with using his public office for private gain under the first-ever Special Prosecutor, Martin Amidu.

He’d also been accused of tax evasion in the clearance of vehicles and illegal transfer of foreign exchange from Ghana to Dubai without having the required license to undertake such transaction.

But Ayariga insists he is innocent and has accused the Special Prosecutor of unfairly targeting him.