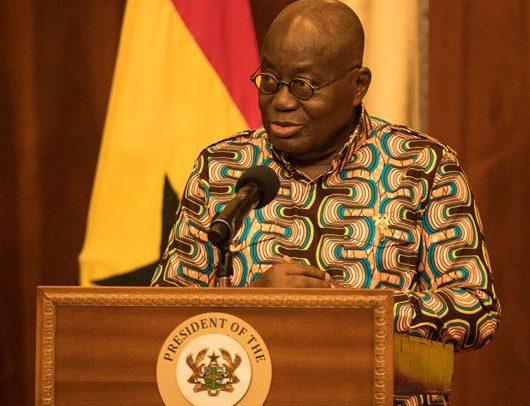 They say the Assembly’s indebtedness has significantly contributed to the underdevelopment of Kumasi.

The Presiding Member for the assembly, Stephen Ofori, has publicly served notice that the Assembly will not approve any nominee unless all their debts are cleared by the government.

“We have some debts that the government has to pay for us and it is not a debt that we are supposed to pay. It was under former President Kufour’s era that he tasked the assembly to take up those projects and promised to bail us on those projects but after he left power and NDC took over, they paid for Accra and Tema and left Kumasi and that debt has been on our neck over the years.”

“So we are saying that if the government does not settle that debt for us, no individual will occupy that seat as Mayor.”

But commenting on the issue in an interview on Pure FM monitored by Kasapafmonline.com, President Akufo Addo stated that the position taken by the assembly is untenable.

“I don’t understand the connection, is he the one who incurred the debt? If he were to be the one who caused the debt then I can then agree with the position of the assembly members but that’s not the case. Is he going to be a victim of the past? I don’t think that is fair. I appeal to the assembly members to look at his competence and approve him to start working. I’ve asked the Local Government Minister to look into the issue of the debt and give me a proper brief of how come the debt. Because we’ve seen on many occasions that so-called debt, upon investigations, the figures don’t add up, we’ve seen it in many areas of national life – Energy sector, Rail, many others.

President Akufo-Addo added: “I don’t see how…and that they are going to hold up Kumasi getting a proper Chief Executive because of the past? I don’t think that is fair. It appears to be blackmail. That is not the way to go about it. I think what they need to get from him when he appears before them right from the beginning is to get the commitment to deal with it, that will be the proper way to go. If they feel he’s worthy of confirmation, let him make it clear to them that when he’s approved the number one item on the agenda is that he’ll look into the debt and work together with the government to clear it.”

Do you want trouble for me? – Akufo-Addo responds to third term ‘possibility’