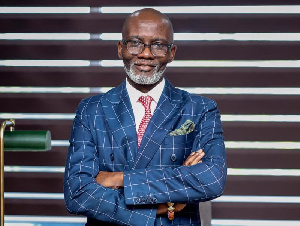 A powerful member of the governing New Patriotic Party (NPP) Gabby Asare Otchere-Darko has declared that he will abandon his career as a lawyer and politician and pursue a Doctor of Philosophy degree(PhD) in Psychology if Donald Trump is retained as the President of the United States of America.

Americans are voting today to elect a President for the next four years. Joe Biden of Democrats and President Donald Trump are the key contenders in the election, described by many pollsters as too close to call.

While some abhor the retention of Donald Trump as President for his apparently unpresidential actions and inactions, others are yearning for his reelection based on his stellar performance in growing the American economy. Donald Trump has had support from Black celebrities in America, who typically support the Democrats.

Meanwhile, both leading presidential candidates have expressed confidence in their ability to win the election.

Source: My News GH
Related Topics:TRUMP
Up Next