Home / POLITICS / VIDEO: How Mahama and Akufo-Addo reacted to Election Petition judgements of 2013 and 2021 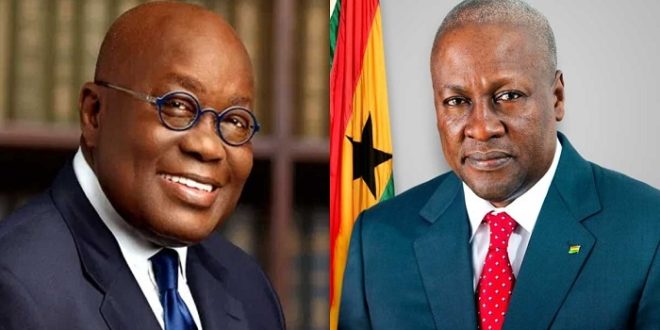 VIDEO: How Mahama and Akufo-Addo reacted to Election Petition judgements of 2013 and 2021

Whilst waiting for the verdict from the Justices of the Supreme Court, President John Dramani Mahama and his Vice President Kwesi Bekoe Amissah-Arthur (now deceased), donned white linen jumper attire and sat quietly monitoring the court proceedings on TV.

The two then hugged each other while some party members at the Jubilee House cheered them on.

President Mahama had an important phone call. Vice President Amissah-Arthur confirmed to journalists at the presidency that it was the NPP candidate, Nana Addo Dankwa Akufo-Addo, who had called to congratulate President Mahama on his victory.

How Akufo-Addo reacted in 2021

President Nana Addo Dankwa Akufo-Addo and Vice President Dr. Mahamudu Bawumia were earlier seen in a viral photo on social media seated in the comfort of the president’s office at the Jubilee House while watching the proceedings on TV.

The Chief Justice, Kwasi Anin-Yeboah, who delivered the two-hour-long plus verdict of the seven-member panel, is heard declaring: “your petition is dismissed without merit”.

In a video that has emerged after the judgement, the president and the vice president are seen celebrating in what can be described as a mild way, with the only more exciting aspect of what the video shows being the moment Vice President Mahamudu Bawumia momentarily claps his hands on the news of the verdict.

He then gets up from his seat, turns to President Akufo-Addo, who is still seated, greets him with an elbow in the coronavirus-style and takes a bow.

It is unclear if former President John Dramani Mahama has called to congratulate President Akufo-Addo like it was reported Akufo-Addo did in 2013.

Watch below their reactions.