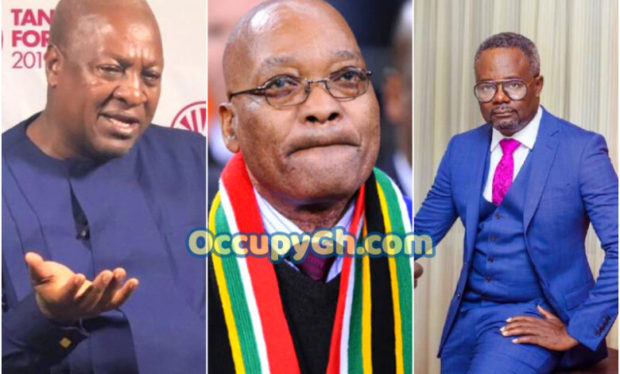 Kofi Akpaloo, founder and leader of the Liberal Party Of Ghana (LPG) has called for the incarceration of former president John Dramani Mahama.

Kofi Akpaloo has asked that John Dramani Mahama be jailed like former South African President, Jacob Zuma as per a new video sighted by OccupyGh.com

He asserted that this is because Mr. Amidu lacked the expertise in executing the role as the special prosecutor.

“Martin Amidu was lying to have said that because it was an election year he couldn’t prosecute Mahama…It’s a lie …he just can’t do the job”.

“Is the ANC not the government in power in South Africa? Why didn’t they say jailing Jacob Zuma would ignite chaos in the country? Mahama should’ve been jailed like Jacob Zuma”. Mr. Akpaloo further said.