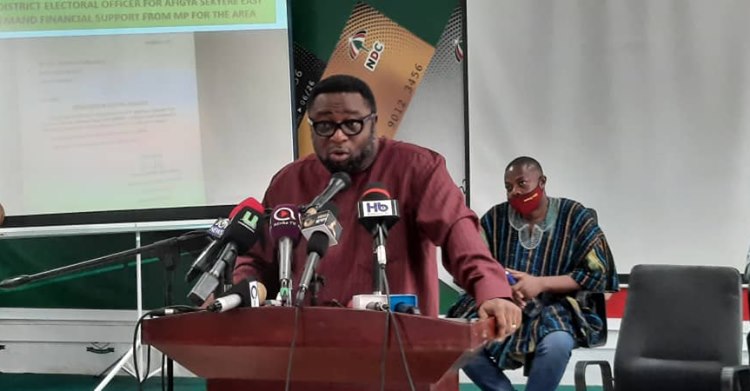 The main opposition NDC has discredited the new voters register calling for an independent audit into the just-ended registration exercise.

Director of Elections, Elvis Afriyie Ankrah in a Press conference in Accra cited multiple registrations as grounds for the party’s demand.

“…because we’re reliably informed that the EC’s own Biometric system is defective and therefore de-duplicating registrants by itself,” he stated.

He’s further called for the prosecution and arrest of NPP and EC officials who were involved in some clashes at Banda during the registration exercise.

Meanwhile, the Chairperson of the Electoral Commission (EC), Jean Adukwei Mensa, has said that everything humanly possible will be done to ensure the nation’s electoral register is purged of all ineligible voters, especially foreigners who have found their way onto the electoral roll.

A total of 16,963,306 voters were captured in the provisional electoral roll, exceeding the Commission’s 15 million eligible voters target. The figure is slightly above the 16,845,420 registered voters in the old voter register.

Wontumi has the keys to your victory, protect him – Pastor tells NPP