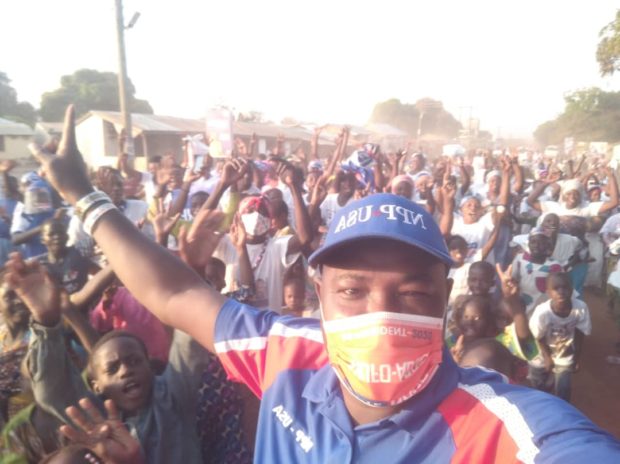 A youth wing in the Wa East Constituency in the upper west region of Ghana has called on the ruling New Patriotic Party to appoint Majeed Nasir as the  District Chief Executive (DCE) for the district.
The vocal young group, made of members across the political divide, cited the integrated nature of Majeed Nasir as the reason for their joint plea as they seek to bridge the gap between the grass-roots voters and party machinery.
Majeed Nasir, a deputy PRO of NPP New York Chapter and a proud member of NPP USA Communications team, wired himself across the district with the strong and indelible relationship among political players, irrespective of one’s political faith.
He also donated lots of goods to the party through the PC and did some of the distribution of items himself during the just ended 2020 campaign that saw Nana Addo emerge Winner.
Speaking to Northern Lens on the need to appoint the Majeed Nas as the new DCE, leader of the team did not mince words in highlighting the ready accessibility of their chosen candidate, his understating of party structures and governance as well as his international exposure which he hopes to bring on board some sister city agreements to the district to aid in development.
“He is not the type that needs description to anyone within the Wa East enclave.
He is one of us and true Patriot that understands the needs of grass root members, governance and party structures.
Not all our members are NPP and that tells you he is adored even from the opposite end. He will bridge the gap between the party and the government”, Ibrahim Ahmed told Northern Lens exclusively.
Meanwhile, His Excellency Nana Addo Dankwa Akufo-Addo has issued a communiqué directing all MMDCEs across the country to maintain their seats on a temporal basis.
Source: Thepressradio.com/Dickson Boadi
Related Topics:EASTNPPWA
Up Next